Plus, John Legend becomes the first African-American EGOT and the surviving members of Nirvana reunite, to the chagrin of some weirdo fans. 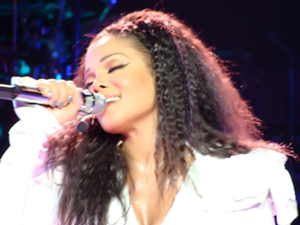 As longtime CBS chairman and CEO Les Moonves was scrambling to salvage his career after numerous sexual harassment allegations (he couldn’t and is now leaving the company), Huffington Post’s Yashar Ali reported that Moonves was involved in an effort to blacklist singer Janet Jackson following her infamous “wardrobe malfunction” that aired on CBS during the 2004 Super Bowl halftime show. Moonves allegedly felt embarrassed by the scandal, so he reportedly instructed CBS-affiliated channels and radio stations (including MTV and VH1) to stop playing her videos and music. Similar to tactics used by Harvey Weinstein and likely many others in the entertainment industry (if one of your favorite one-time super-famous actresses suddenly started showing up in Lifetime original movies, there's a good chance these scumbags are why), the campaign appeared to work, as Jackson’s sales suffered in the intervening years, though she has been on an upswing of late and widely celebrated in the industry.

With his Emmy win on Sept. 9, John Legend got his “E” and became the youngest person and first African American to attain “EGOT” status, having previously won a Grammy, Oscar and Tony. Legend won his Emmy as a producer on NBC’s Jesus Christ Superstar Live In Concert (he also starred in the program). Co-producers Andrew Lloyd Webber and Tim Rice, who created Jesus Christ Superstar in 1970, also became EGOTs with the win. The trio became just the 13th, 14th and 15th people to achieve the honor. Legend, who has 10 Grammys (he was “Best New Artist” in 2005), won an Oscar with Common in 2015 for their song “Glory” from the movie Selma, and scored his Tony as co-producer of Jitney, which won Best Revival of a Play in 2017.

On Sept. 1, the living members of Nirvana (bassist Krist Novoselic, drummer Dave Grohl and guitarist Pat Smear) joined forces in Seattle for a version of The Vaselines’ “Molly's Lips” (which Nirvana famously covered) during a Foo Fighters show. Though the trio has played together numerous times this decade, some weirdo fans weren’t happy about the appearance, taking to social media to complain about a Seattle Times concert review that called the three musicians “Nirvana’s surviving members”; others were upset that anyone would refer to what happened as a “reunion” (semantically, both statements are correct). Novoselic was amused by the backlash, taking to Twitter to explain why Kurt Cobain couldn’t be at the show: “We tried to get a hold of him for this gig — as many times as we tried to contact Kurt, we couldn't get through. The phone just kept ringing & ringing. Kurt does not have email. In fact I have never emailed him in my life and I have been online since 1993.”