Minimum Gauge: SXSW inadvertently finds itself in the middle of the immigration debate

South By Southwest event agrees to take out confusing immigration reference in artists' contracts; Rod Stewart apologizes for doing a sword-syncing ISIS video; would you like to die at Jimmy Buffett's Margaritaville (retirement village)? 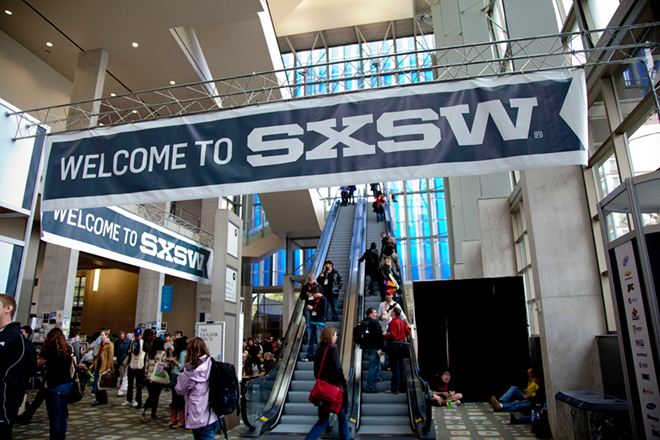 South By Southwest, the annual music industry conference/showcase/schmooze-a-rama in Austin, Texas, inadvertently found itself in the middle of the immigration debate created by our current president. When a performer closely examined his contract to play the event (SXSW attracts musical acts from across the globe), he noticed a clause that seemed to indicate that organizers would notify U.S. immigration authorities if an invited artist played a “non-sanctioned” event (the fest often demands exclusivity, forbidding acts from playing within a certain radius of the event). When several musicians signed an open letter in protest, organizers said they’d review the language in the clause, which they admitted was confusing. (On March 7, the fest announced it was removing the clause from its contracts).

Just as talk that could be seen as condoning ratting people out to immigration officials should be considered carefully these days, performing a “fun” mock beheading in the desert should probably not go beyond the “wouldn’t it be funny if…” phase. Rod Stewart’s wife posted a video of Stewart’s crew goofing around in Abu Dhabi, but the “good fun” turned dark when Stewart appeared to mimic an ISIS-style beheading with a crewmate. Sir Rod (yup, he’s a British knight!) apologized to anyone who was offended (like, say, this guy) and said they were just “larking about.”

COLD: Wasting Away in Margaritaville

His music may suck, but Jimmy Buffett certainly knows how to take advantage of his aging fan base from a business standpoint. In the twilight of his career, the 70-year-old has gotten into the vacation resort and restaurant businesses and he’s created a musical based on his songs. Now he’s looking to be there for (and collect money from) his Parrothead fans during their final stages of life with a chain of Margaritaville retirement villages for older Buffett fans. The first village is being built in Daytona Beach, Fla., and will feature spas, live entertainment, beach access and, presumably, a 4 p.m. “Buffett Dinner Buffet.”