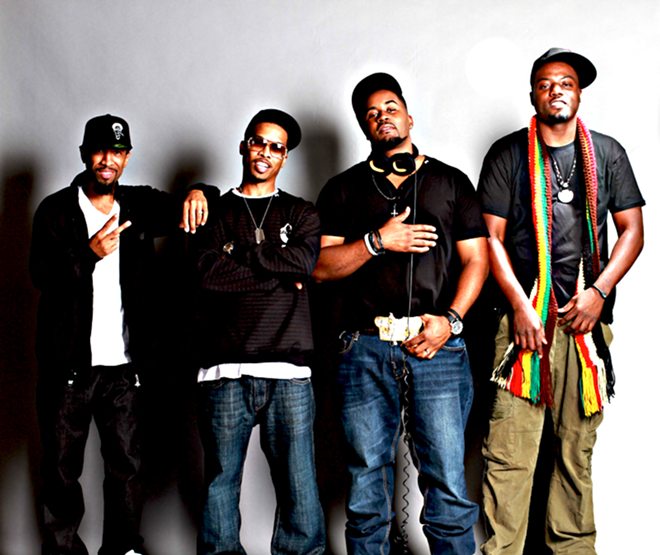 There are more than a few surprises in the long and fairly illustrious timeline of Nappy Roots. The Hip Hop collective first assembled in Bowling Green, Ky., in 1995, and then spent the next four years honing their craft and sharpening their skills before dropping their debut album, Country Fried Cess.

Nappy Roots’ follow-up, 2003’s Wooden Leather, was co-produced by Kanye West, Lil Jon and David Banner. The group parted ways with Atlantic and returned to being independents, starting its own label and self-marketing subsequent releases. In 2006, R. Prophet left for a solo career and Nappy Roots soldiered on as a quintet, releasing their indie mixtape, Innerstate Music, the following year. In 2008, Nappy Roots roared back with The Humdinger, which hit the Top 10 on Billboard’s Rap Chart, followed by the well-received The Pursuit of Nappyness in 2010 and Nappy Dot Org in 2011.

Last year, Nappy Roots was reduced to a quartet after the defection of Big V, who also wanted to explore his solo options; the remaining members (Fish Scales, Skinny DeVille, B. Stille and Ron Clutch) released their 10th mixtape, Sh!ts Beautiful, and their anthemic and uplifting new single, “Ain’t Gon Stop,” presumably a teaser for what will hopefully be Nappy Roots’ sixth studio album.