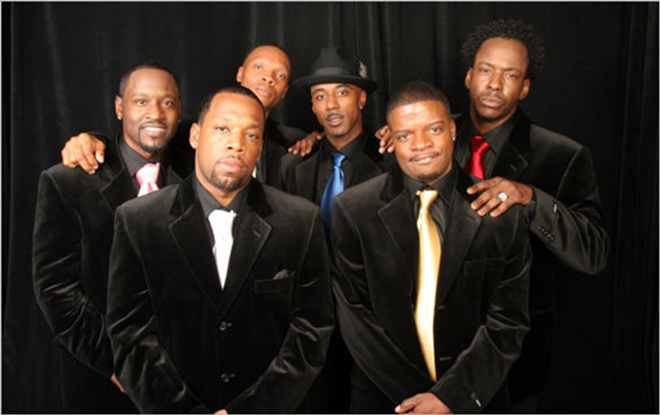 New Edition in town on Valentine’s Day? Babies will be made (hopefully after the concert). Inspired initially by the Jackson 5, New Edition’s “cute” early material (“Candy Girl,” “Cool It Now”) gave way to a more innovative sound that combined R&B and Hip Hop and helped pave the way for the still-influential New Jack Swing movement. The group were also an inspiration behind the “boy band” trend of the ’90s/’00s — if influence was currency, New Edition would have made billions during the heyday of Backstreet Boys and *N Sync.

New Edition has never been the most stable group on the planet. With members finding success outside of the group, egos sabotaged a 1997 reunion trek. The members reconciled in the mid-’00s and announced plans for a new album and tour, which finally appears to be materializing. Members recently told Billboard that over the next two years, fans can expect a new album and book and even a film and stage musical — quite ambitious for a group that sometimes seems to have a hard time just being in the same room together.

But unless something happens between now and the tour launch in Louisville Friday, it appears fans will get to see all six members perform together, a good enough start. Along with New Edition’s hits, the group promises bonus material from the members’ outside projects, from Bobby Brown, Ralph Tresvant and Johnny Gill’s solo work to songs by offshoot groups like BBD, Heads of State and LSG.