You can rock the runway in your best Tay-Tay gear. 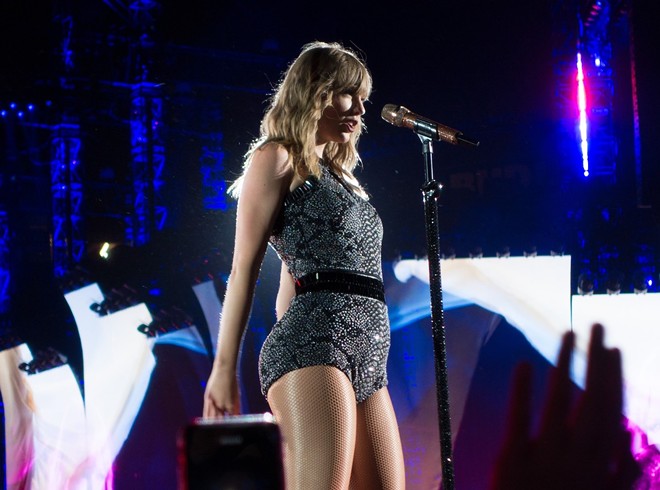 OTR Stillhouse will serve the Taylor Swift faithful when the prolific singer, songwriter and performer releases her new album Midnights at – when else? –midnight Oct. 21. Fans will gather at the distillery and performance venue for an album celebration and listening party.

The album release party will begin at 8:30 p.m., with Swifties listening to fan favorites and dance remixes before the new songs from Midnights drop. Guests are invited to dress in their favorite Swift look or era for a chance to participate in a runway walk. Attendees also can sing karaoke, purchase merch and enjoy food, according to the event website.  The party is "organized by Swifties, for Swifties," organizers say.

Swift announced the release date of her upcoming surprise album during the MTV Video Music Awards on Aug. 28 as she accepted her award for Video of the Year for All Too Well: The Short Film. Since the announcement, Swift has also shared the album’s track titles via social media, building up anticipation in her fanbase.

During her award acceptance speech, Swift described Midnights as “the stories of 13 sleepless nights scattered throughout my life." While she has kept the album’s contents secretive, the album art shows a very moody vibe with colors and fashion hinting at ‘60s and ‘70s influences.

In January, Aaron Dessner of Cincinnati-bred The National came to Swift's defense after Blur and Gorillaz singer Damon Albarn suggested during an interview with the Los Angeles Times that Swift doesn't write her own songs. Albarn also suggested that co-writing songs was different from writing solo.

Swift, one of the biggest-selling musicians of all time, is credited as a sole songwriter or co-writer on each of her albums. She has received multiple awards for her songwriting and even re-recorded previous albums to own full rights to her songs.

Swift fired back on Twitter, setting Albarn straight. "I write ALL of my own songs. Your hot take is completely false and SO damaging," she said at the time.

Musicians who have collaborated with Swift chimed in with their experiences and observations, including Dessner, who had worked with Swift to produce her folklore and evermore albums in addition to other projects. On Jan. 24, Dessner tweeted, "You're obviously completely clueless as to her actual writing and work process."