Tickets for the February Taft Theatre show go on sale this Friday at 11 a.m. 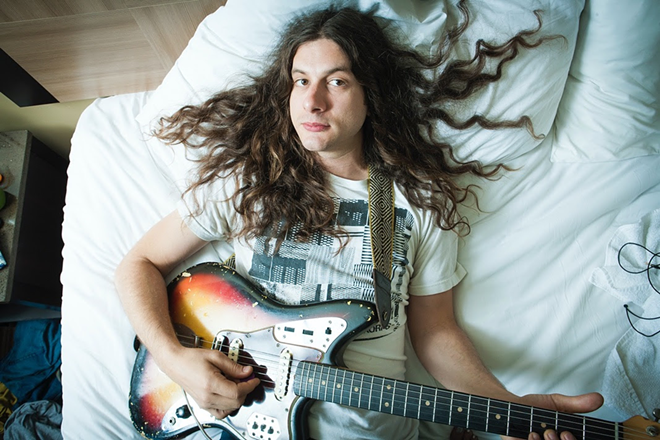 Critically acclaimed Rock singer/songwriter Kurt Vile and his band, The Violators, are coming to Cincinnati early next year. Vile finished up a run of North American dates in July, his first domestic shows with The Violators in more than a year. Back in June, the Philly-bred Vile (co-founder of the likewise successful band The War on Drugs, which he departed a decade ago to pursue his solo career) announced a world tour for the fall.

Tickets for Vile's Feb. 20 show at Taft Theatre ($30-$40) go on sale here this Friday at 11 a.m. The show will be opened by rootsy, rockin' Canadian band (and one-time Neko Case backing group) The Sadies.

In 2017, Vile collaborated on the Lotta Sea Lice album with Courtney Barnett and spent some time last year touring with her in support of it. Vile’s last solo album was 2015’s b’lieve i’m goin down. Last month, Vile debuted a new single, “Loading Zones,” via Matador Records. Check the music video for the track below.

Along with the 2019 tour dates Vile also announced his next album, Bottle It In, which Matador will release Oct. 12. Listen to the album's "Bassackwards" below.