Amidst recording new music for a full-length album, the Northern Ohio group is releasing the new clip for a track off of their 2018 vinyl single for Loveland, Ohio's Colemine Records 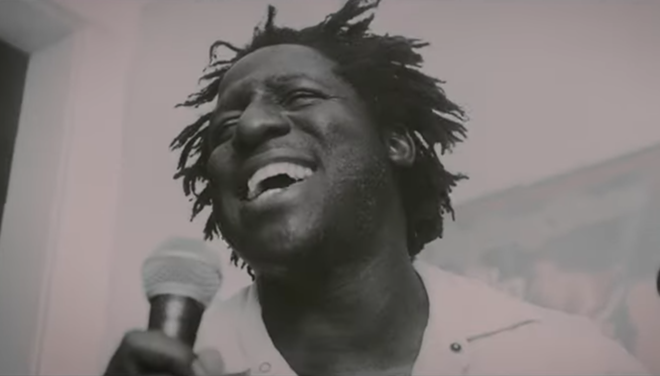 Led by Bright, a silkily powerful vocalist (and beekeeper, thus the clever band moniker) who has garnered comparisons to Otis Redding and Al Green (he was also voted Best Male Vocalist in 2017's Best of Cleveland), last year the Akron group released a vinyl 7-inch for Colemine featuring the tracks "Happiness" and "You Don't Want Me." Colemine has built up a fantastic discography filled with some of the finest modern practitioners of classic Soul and Funk, including Durand Jones & the Indications, Delvon Lamarr Organ Trio, Neal Francis and Kelly Finnigan (who's performing May 31 at Woodward Theater).

Today CityBeat is thrilled to premiere the visually captivating video — which matches the Honeytones' vibe expertly — for the single's "You Don't Want Me."

Terry Cole of Colemine (and its Loveland retail record shop, Plaid Room Records) says he first heard about the group when they were still Wesley Bright & The Hi-Lites.

"At the time, I was still teaching and we never really connected to working on something together, but once we opened up our store, we made Wesley & Co. a high priority," Cole says of his affinity for the group. "So they came down a couple of years ago and we cut what would become 'Happiness' and 'You Don't Want Me.'

"The session went really well and I knew I wanted to do more work with them. So, they've been coming down every couple of months to cut new material and we are working towards finishing an LP for them. They're great guys and Brent (Wesley) is just one of the nicest and most kind guys you'll ever meet. Plus, he's a beekeeper. He makes honey and sings sweet soul. You can't make that up."