Joesph’s third album, ‘I Dreamed You Were My Lover,’ is slated for release this summer 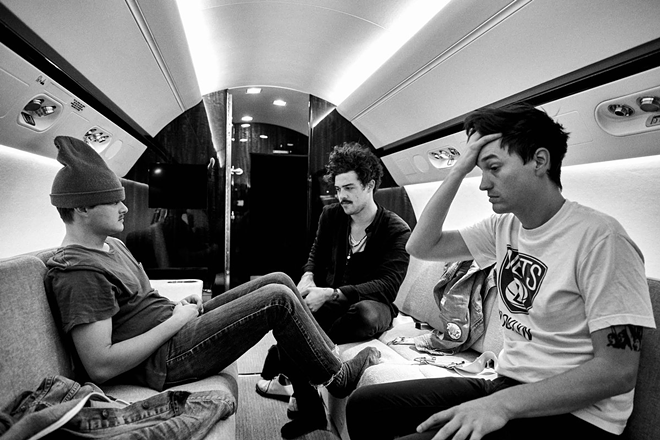 Cook (also the mastermind behind Danny & His Fantasy) began working on the material that was on Joesph’s second album, Temples, when his former band Pomegranates was working on their second album, 2009’s Everybody Come Outside! When Temples was released in 2017, Cook said that his in-the-works next album (Joesph’s third overall) had

more in common with the band’s 2016 debut, There Comes the Lord, but that all three albums contain songs that he created in approximately the same time frame.

That third album, I Dreamed You Were My Lover, was originally teased for a 2018 release, but it’s now slated to come out this summer. It may seem like a sequentially confusing trilogy, but the release schedule is rolling out as intended.

In an email to CityBeat, Cook reveals that Lover was actually finished before the last two albums, but he wanted to release it last because it was the one he was most proud of.

“(I Dreamed You Were My Lover) is the one that best represents where I see Joesph going in the future, which is why I think I wanted to release it last, of the records I made at that time, six or so years ago,” Cook says.

Today CityBeat is honored to share the first music from Joesph’s third full-length, “The Unfortunate Yucatan Fire.” The song is a Classic Pop ear-worm with a snaky arrangement, piano-driven (giving it a bit of Harry Nilsson flavoring) and laced with time changes, ethereal strings and organ sounds and a boatload of Joesph’s trademark cranium-tickling melodies. Like a Bedroom Pop "Strawberry Fields Forever," the track has elements of ’60s Psych Pop, including a mid-section breakdown with a spoken-word bit that’s ping-ponged with tremolo effects.