"Unforeseen scheduling conflicts" are reportedly why the rapper has pulled out of nine of 19 forthcoming concerts in support of his Kanye West-produced album, including his Aug. 9 show at Bogart's 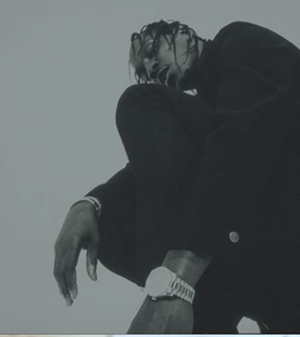 Pusha T
On June 20, Bogart’s announced that rapper Pusha T would be coming to Cincinnati in August on the tour to support his latest high-profile DAYTONA album (a collaboration with some upstart producer named Kanye West).

It was a pretty big get — DAYTONA’s June release was big news, buoyed by surrounding controversy, like West’s decision to put a photo of Whitney Houston’s post-drug-binge bathroom on the cover and Pusha’s TKO of Drake in their beef that got started around the same time. And the Cincinnati concert had a quick announcement-to-show turnaround, considering how most big artists are booked many months in advance these days.

Alas, it appears it was too good to be true. Just days before the tour was set to begin, nine of the upcoming 19 DAYTONA show dates have been canceled — Billboard says it’s due to “unforeseen scheduling conflicts.” The Aug. 9 date has disappeared from the Bogart’s site, and the Ticketmaster link says the show is canceled and that refunds are available at the point of any in-person purchases, while "Internet & Phone orders will automatically be canceled & refunded."