Whether you prefer nostalgic emo tunes or ethereal pop, September promises a local show for every sort of music lover. 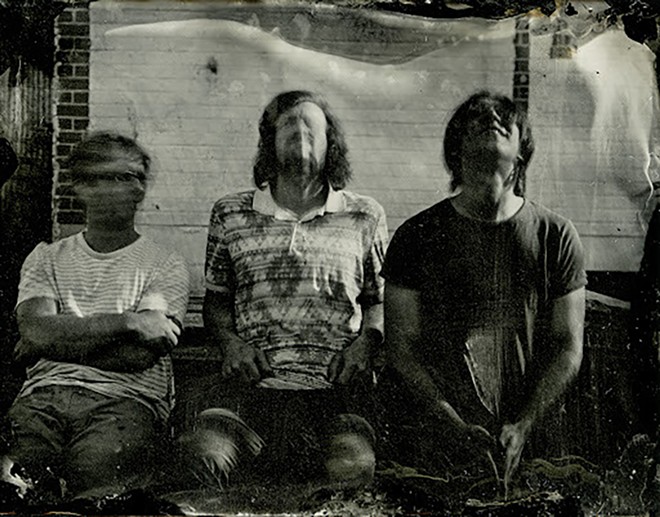 As summer fades into fall, there is no shortage of music events taking place in the city. From album release parties and tour sendoffs to bohemian happenings, here are 10 chances to catch multiple generations of Cincinnati music all month long.

Cincinnati psych garage band The Harlequins celebrate their eighth release at Northside Tavern on Saturday, Sept. 3. The album is called “Time” and the release show is sure to be a time, with a party featuring some of the city’s most acclaimed acts including CEA-winning trash pop group Tweens and proto metal band Electric Citizen, who head out on a European tour later in the month. In addition, the show will open with a set by DJ Quotah. 7 p.m. Sept. 3. $15. Northside Tavern, 4163 Hamilton Ave., Northside. facebook.com/events.

Local R&B artist Muwosi sounds at once nostalgic and futuristic, creating dreamy and evocative-sounding songs that go down like a glass of refreshing lemonade under a clear blue sky. She appears under the colorful lights of Hexagon House with dream pop neo-soul artist Freedom Nicole Moore in this rescheduled show. 8 p.m. Sept. 9. $10 in advance and $15 at the door. Hexagon House, 1590 Glen Armand Ave., Northside. eventbrite.com.

Vacation, Tweens, Leggy and more at Ohio is For Lovers Festival at Riverbend

Local bands Tweens, Vacation, Leggy, Dopamines, and Raging Nathans make a rare appearance at the same venue you may have seen Willie Nelson or Rod Stewart this summer, Riverbend Music Center, for the Ohio is For Lovers Festival. They will be on one of three stages at the all-day festival presented by and featuring Dayton’s Hawthorne Heights, along with a laundry list of other names that have adorned Hot Topic t-shirts like New Found Glory, Motion City Soundtrack and Descendents. 12 p.m. Sept. 10. $83.75. Riverbend Music Center, 6295 Kellogg Ave., California. riverbend.org.

The Afghan Whigs with Pink Mountaintops at Bogart's

The Afghan Whigs formed in Cincinnati in the late ‘80s and signed to legendary alternative label Sub Pop before a major label deal that led the band to even greater commercial success. Despite splitting in 2001 and later reforming, the band has managed to remain a consistent force in the indie music world, delivering loose but direct arrangements layered with emotional complexity and force. They appear Sept. 11 at storied Vine Street venue, Bogart's. 8 p.m. Sept. 11. Ticket prices vary. Bogart's, 2621 Vine St., Corryville. bogarts.com.

Vacation, Leopardo (Switzerland) and Willie & the Cigs at MOTR Pub

Essential Cincinnati rock n’ roll group Vacation leave for a west coast fall tour with a sure-to-be-memorable sendoff at MOTR Pub featuring the country-tinged protopunk of Willie & the Cigs (fresh off the release of their debut album Loaded With Hits) and delightfully odd art-punk band Leopardo, on tour from Fribourg, Switzerland. 8:30 p.m. Sept. 18. $8 in advance and $10 at the door. MOTR Pub, 1345 Main St., Over-the-Rhine. motrpub.com.