Rebels Of An Older Mold 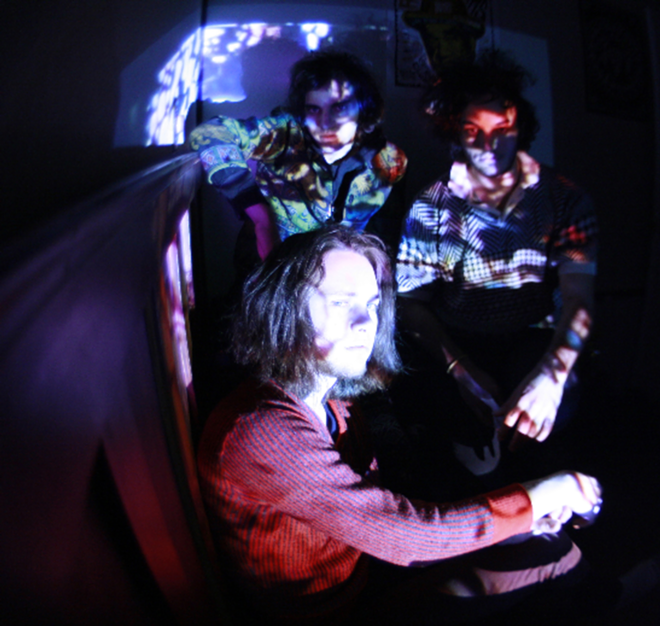 arving your own upward path in the perpetually congested music biz is an intimidating enough prospect on its own. Yet Danny Lee — the driving force behind Night Beats — has opted to one-up this great dare: He wants not just to create his band’s own fanbase but also his own scene.

“There’s The Black Angels in Texas, right? They’re great. We’re going on tour with them … and I’ve got a band with one of (their members), too, so (I have) much respect for them,” says Lee, who’s also gone by Danny Lee Blackwell, Lee Blackwell, Danny Rajan and other aliases. “But what’s gone on is that if you go to Texas and you play Psych Rock, it’s like you’re going to be like, ‘Oh, cool, yeah, another band like Black Angels,’ or something like that.”

After allotting props to the Austin-based Angels for their pivotal Psych Rock scene and coordinating Austin Psych Fest, Lee emphasizes that he has aspirations that keep him from settling in already established territory, even as his discussion of said scene grows murkier with elaboration.

“It’s not like I necessarily want to have this Psychedelic scene or something like that,” he clarifies. “I just really want to, if anything, have something to contribute to the art that should be everywhere — not necessarily just one city, but everywhere.

“If you come to a Night Beats show, it’s going to be an experience,” the 23-year-old adds. “It’s going to be a lesson, because my mental process is ‘Simplicity is the key to complexity.’ Guitar, drums and bass are really all we need sometimes to make some of the most far-out sounds ever.”

After growing up in Dallas, Lee picked Seattle as Night Beats’ proving ground. Quickly after his arrival, he made some thoughts about his new city public in its alternative weekly, The Stranger.

“Coming up to Seattle was really eye-opening, because there’s a ton of music, but there’s a lot of stuff that’s full of shit. It’s fluff — no soul, no Psychedelia. We kind of want to explode it. It’s missing a lot. The cool thing about it is, people have the time to make bad bands. (Laughs) They have the room to make shitty music and spend all their time playing dress-up as opposed to writing songs. There are plenty of fake bands doing their simple Indie Pop bullshit,” he told the paper at the time.

As you can imagine, such sentiment didn’t sit well with natives.

“That was the first time anybody heard of me (in Seattle), and the first words that came out of my mouth were basically ‘All these bands suck,’ ” he says now. “I felt like I ruffled some feathers there. I don’t know; I don’t really care. I think you’ve got to say what you’ve got to say sometimes.”

Interestingly, Lee’s call to arms isn’t based on a sound that represents a fresh revolution in and of itself, but is rather a slightly new shade on an old palette. Night Beats’ Psychedelic Garage Rock finds its roots in The 13th Floor Elevators and The Sonics, matching zoned-out, hypnotic pacing with blurry guitars that squeal and sizzle with feedback and Lee’s shamanic croons and howls. It’s an aesthetic that treats reverb with the utmost respect.

In order to understand Night Beats’ roots, it’s pivotal to retrace Lee’s steps from his days in Dallas. He remembers being 5 and hearing his mom listen to The Doors a lot, so after she passed away when he was 6, that band left its impression on him. At 15, he began relishing the joys of playing guitar and jumped deeper into Psych Rock (Jimi Hendrix’s “Voodoo Child (Slight Return)” was pivotal), but along the way, he also picked up classic Doo-Wop (Four Tops), early Pre-Punk (The Velvet Underground) and Soul (Otis Redding). Night Beats are explicitly connected to the latter genre and original R&B, as the band cribbed its name from singer Sam Cooke’s 1963 record Night Beat.

Lee has been recording his music since at least middle school. In high school, he made around four albums and obtained a fake ID just so he could play the bar circuit and begin touring. Lee launched Night Beats in 2008, and it was during high school that he met James Traeger, who was once part of a two-piece Beats’ incarnation.

“I had been into a lot of Psychedelic music and experiences during that time,” Lee says, “so I wanted to kind of basically mix this R&B sound with Soul and Psychedelic and all these things I love.”

Eventually, both Traeger and Lee made it to Seattle. After hooking up with bassist Tarek Wegner, Night Beats solidified as a trio.

Despite his long-simmering interest in relatively aged sounds, Lee is uneasy with the ideas of being “throwback” or “retro.” He used a 1964 Guild Jetstar guitar until it was stolen and he maintains a preference for tube amplifiers, but he also bristles at the thought of taking something from any era in forced fashion; he uses Smash Mouth’s “Walking on the Sun” and its ’60s-tinged sound as an example of this practice at its most despicable.

“I don’t really condone that labeling (of ‘retro’ for Night Beats), but I can’t really argue against it in a lot of ways because some songs definitely sound like something off of an Elevators record or a James Bond movie from the ’60s,” Lee says. “But other songs don’t.”

Although Lee clearly wants to make something happen, his thoughts on his sound’s future are similar to his thoughts on making a scene — still in progress and often contradictory.

“I don’t want to make the same record twice,” he says, “but I also want to always experiment and have different stylings going on. But also sometimes if it’s not broke, then don’t fix it.”


NIGHT BEATS play the Ballroom at the Taft Theatre on Thursday with The Black Angels.