Original Zombies Colin Blunstone and Rod Argent talk about the album's late ascent to classic status — and that pesky misspelling — ahead of their Sept. 23 Cincinnati show with Brian Wilson

Photo: Payley Photography
The Zombies
When The Zombies perform their 1968 album Odessey and Oracle in its entirety at the Taft Theatre on Sept. 23, there will be many fans excited to hear live what they consider one of the classic Rock albums of the 1960s. The band’s four surviving original members — primary lead singer Colin Blunstone, keyboardist Rod Argent, bassist Chris White and drummer Hugh Grundy — will perform the influential LP with additional musicians.

But there will be others at the Taft — perhaps those attracted by the show’s co-headliner, Brian Wilson of Beach Boys fame, rather than The Zombies — who will wonder just what Odessey and Oracle is. They may well have never heard it. Some may not even have heard of it.

That’s because the album was not a hit in its day, either in The Zombies’ native England or the U.S. After their then-new British record company released two flop singles from the album in 1967, the band didn’t even wait for the album’s 1968 release before calling it quits. Blunstone went on to a notable solo career in England and Europe; Argent and White formed the band Argent.

The Zombies’ U.S. label, Columbia Records, had to be convinced to even release Odessey and Oracle here. When the album’s striking “Time of the Season” became a surprise U.S. hit in 1969, the band was not around to capitalize on it. Without live support, Odessey and Oracle only made it to No. 95 on the U.S. album charts and was quickly forgotten.

“Everybody did feel committed to other projects,” says Blunstone in a phone interview from a tour stop in Phoenix. “There was never one discussion about reforming the band.”

But gradually the album got rediscovered. The enduring popularity of Odessey and Oracle’s “Time of the Season” helped. With the resurgence, esteem grew for The Zombies, who also had two memorable British Invasion hits, 1964’s “She’s Not There” and 1965’s “Tell Her No.” This year, the band was inducted into the Rock and Roll Hall of Fame.

The belated attention for Odessey and Oracle is deserved. Its songs have the ornate melodic and harmonic flourish of the best of what’s now called Psych Pop, with vivid lyrical imagery and condensed, compelling narratives on songs like “A Rose for Emily,” “Care of Cell 44,” “I Want Her, She Wants Me” and “Changes.”

Recorded mostly at London’s Abbey Road Studios immediately after The Beatles finished Sgt. Pepper’s Lonely Hearts Club Band there, Odessey and Oracle used multi-track recording techniques to layer the vocals like a choir. Blunstone’s breathy, effervescent voice is both sweet and slightly fragile; Argent’s keyboard work and use of the Mellotron give the whole album an orchestral sweep.

In the 2000s, Blunstone and Argent reunited as The Zombies, with new members, and did shows spotlighting the album. For its 40th anniversary, White and Grundy rejoined to play Odessey and Oracle. The Zombies have been featuring it in concert off and on ever since, even while releasing their new album, Still Got That Hunger, in 2015 — though they swear this tour will be the last one on which they’ll play the album in its entirety.

“The fact it has taken nearly 50 years to get the recognition it now has is genuinely mystifying to me,” Blunstone says. “It was virtually ignored when released; certainly it was never a commercial success. But it’s been word of mouth. In the U.K., (The Jam’s) Paul Weller — a huge star — has never stopped talking about Odessey and Oracle as his favorite album. In America, the late, great Tom Petty, Dave Grohl and many other high-profile Rock artists and a lot of young independent bands have been promoting it as a Rock classic. It’s eventually getting the recognition we all hoped it would have.”

Argent, also speaking from Phoenix, says self-producing Odessey and Oracle for a new label not set in its ways gave the band the chance to be heard on record the way they always wanted. But they couldn’t be indulgent.

“We didn’t have a lot of money to produce it, which meant we really had to rehearse it before we went into the studio,” he says. “So we were very practiced up and knew what we were doing, because technology was evolving at Abbey Road.”

With extra recording tracks available, The Zombies could also add sounds that occurred to them on the spur of the moment. That allowed for the now-famous rhythmically riveting start to “Time of the Season,” where the instrumental music is punctuated by claps and breathy “aahs.”

“I said to Hugh (Grundy), ‘What if I put a clap just before the backbeat and then do a mouth sound afterward, as sort of a percussion thing?’ And he said to try it,” Argent says.

By the way, by now you’ve probably noticed that the word “odyssey” is misspelled in the title, as it is within the wildly colorful psychedelic artwork on the album’s cover. The artist Terry Quirk showed Argent and White a sketch of the cover just before The Zombies left on tour.

“We loved it and said just do it, then went off on tour,” Argent says. “When we got back, we were presented by the record company with the finished cover.

“We thought it was brilliant and then suddenly looked at each other and said, ‘Terry spelled the word “odyssey” wrong.’ We told the record company they had to change the spelling and they said, ‘No, it’s all set to go and can’t be changed.’ ”

Argent’s solution was to make up a story that the misspelling was intentional, a play on words to make people think each song was an ode.

“It was a bit sketchy, but I told everyone that, and everyone accepted that,” he says.

Even Blunstone long believed the story that it was intentional.

“The amazing thing to me is that I was in the band and he never told me that Terry made the mistake,” Blunstone says. “He told me this ingenious story that it was done on purpose. Only a couple years ago, we were doing a live radio interview and he told the whole story to a DJ. I’m sitting next to him and said, ‘You’ve been telling me for 50 years this was done on purpose!’ It was quite eye-opening for me.”

The Zombies perform with Brian Wilson at the Taft Theatre on Monday, Sept. 23. Tickets/more info: tafttheatre.org. 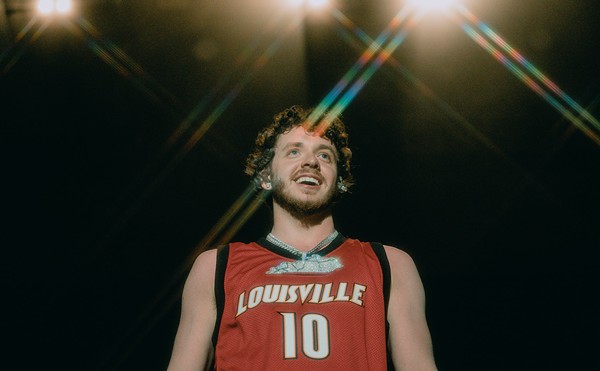