Although Timothy George self-identifies as a Country/Folk artist, his studio work reveals a singer/songwriter more aligned with the likes of Jeff Tweedy or Ryan Adams. 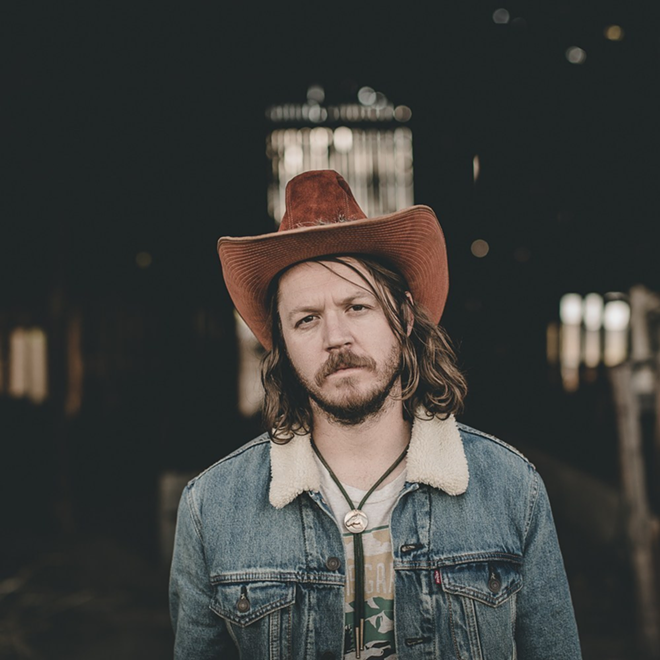 Photo: Duston Todd
Timmy The Teeth
Timothy George isn’t making his way through the hardscrabble world of Nashville gigs and hoping for someone on a higher rung of the musical ladder to cover one of his songs to get him spotlighted. He’s making his way through the hardscrabble world of providing for his family in Provo, Utah, while writing, recording and self-releasing great Folk/Americana albums as Timmy the Teeth, playing as many local, regional and national gigs as he can while juggling sessions as a drummer and irregular stints as a carpenter in an effort to pay the bills. That’s a Country song in a thrift store frame, buddy.

To date, Timmy the Teeth — his nickname comes from his mother’s instruction to deliver his older brother’s two front chicklets to their dentist after he’d knocked them out on a lowered basketball hoop — has released a trio of albums, including last year’s excellent Ain’t That Bad. While working incessantly to get his music distributed to an ever-widening audience, he’s certainly found an eager and loyal fan base within the Provo/regional Utah music scene. But the real challenge is spreading the word beyond the confines of the 10th least densely populated state in America.

Although Timmy the Teeth self-identifies as a Country/Folk artist, his studio work reveals a singer/songwriter more aligned with the likes of Jeff Tweedy or Ryan Adams or anyone who understands the dynamics of Roots Rock as well as the emotional impact of Country and Folk. To that end, he’s found the perfect nexus within that triangulation to present his brilliantly observational songs about the frustrations and triumphs in everyday life. George’s current tour is bringing him to the Midwest; check out his work on Bandcamp, throw some money in his jar and witness the guy that could easily be the next Chris Stapleton.