Van Halen may have been “Hot for Teacher,” but when the band played in Cincinnati more than 40 years ago, police demanded that they and their fans cool down. 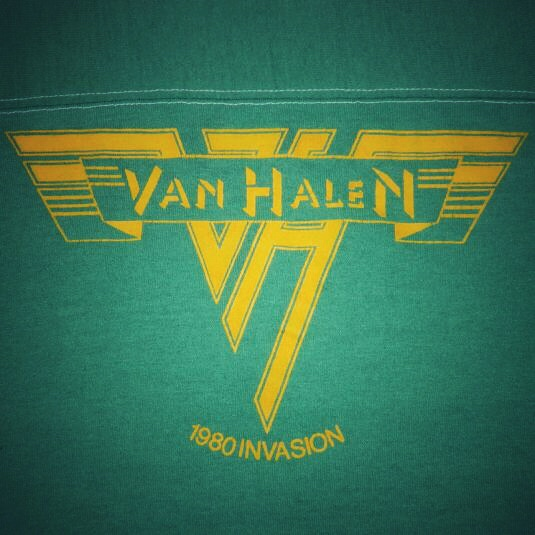 Van Halen may have been “Hot for Teacher,” but when the band played in Cincinnati more than 40 years ago, police demanded that they and their fans cool down.

As Van Halen launched its “World Invasion Tour” in 1980, the band was well on its way to becoming one of the biggest Rock acts in the world — one that Cincinnatians were all too happy to see at Riverfront Coliseum, now known as Heritage Bank Center.

At the time, Van Halen — then comprised of David Lee Roth, Michael Anthony and brothers Eddie and Alex Van Halen — had just released Women and Children First, the band’s third studio album. With new singles “And the Cradle Will Rock” and “Everybody Wants Some,” Van Halen continued the success it had found with songs from its first two albums Van Halen and Van Halen II.

During the April 24, 1980, show at Riverfront Coliseum, Van Halen’s setlist was packed with now-classic hits, including “Runnin’ with the Devil,” “Dance the Night Away,” “Beautiful Girls,” “Ain’t Talkin’ ‘Bout Love” and a cover of The Kinks’ “You Really Got Me.”

But the show took place just a few months after 11 people were trampled to death when an impatient crowd pushed its way through the doors at the Coliseum before a concert by The Who. A clipping from the Cincinnati Enquirer said that officials subsequently began getting tougher on drug, alcohol and fire laws at shows in Cincinnati, including at Van Halen’s.

At Van Halen’s April 24 show, police arrested 177 people, “mostly on alcohol and drug charges,” the Enquirer said. In addition, more than 100 people were thrown out of the Coliseum for violating smoking and open flame restrictions.

Among those charged? None other than David Lee Roth, frontman for the band. Police charged Roth with “complicity to violate the fire code” for repeatedly inciting the crowd to, uh, flick their Bics. But it was all for naught, as Van Halen immediately headed to Chicago for its next tour stop after the show, the Enquirer said.

See Van Halen’s full setlist from its 1980 Riverfront Coliseum show,  and watch footage from the tour below.