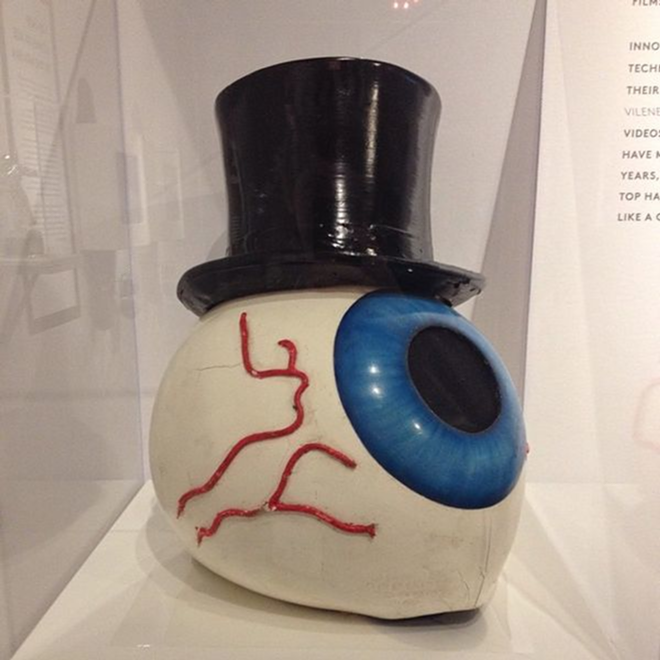 Have you seen this eye?

After being on tour for the past few years as part of the “Spectacle: The Music Video” exhibit, one of the large eyeballs worn by members of the experimental band (and music video pioneers) The Residents has reportedly been stolen. The eye was returned to a representative for the band via FedEx (along with a valuable photo of the group), but it never reached the intended recipient. Though it seems unlikely that the apparent thief knows what he or she has, the eyeball headgear and photo are said to be worth $120,000. A different eye was stolen from the band 30 years ago backstage at an L.A. concert, but was recovered.

Although hit-makers Simon & Garfunkel have reunited numerous times for big-money shows and tours since splitting in the early ’70s, half of the Rock and Roll Hall of Fame duo may have just dampened any possibilities for future performances. In an interview with The Telegraph, after professing that he didn’t want say any “anti-Paul Simon things,” Art Garfunkel criticized his former partner’s initial split to go solo, calling Simon an “idiot” and a “jerk.” After adding that when he first met Simon he befriended him because he felt sorry for him because of his small stature (thus creating “a monster”), Garfunkel said he’s still totally open to another reunion. Of course he is.

In recent weeks you may have seen a series of colorful infographics in the music press related to a study that claimed to show correlations between various drugs and the music festivals with which they are most associated. But a deeper look at the study (which involved scraping “keywords” off of Instagram posts) by Vice’s Electronic music site Thump found it to be — to quote the headline — “bullshit.” One of the study’s authors told the site the intent was to scare festivalgoers into a “sober festival experience,” but Thump found that the study is connected to a for-profit treatment center (which initially was not revealed). The authors reportedly updated their study’s website to explain the methodology better, but Thump found numerous flaws in the research methodology and blamed the media for sharing the info unchecked, furthering the scary “festivals-as-drug-dens” stereotype.