Friends and fans are remembering the gifted Country/Rock singer/songwriter/guitarist as news surfaced on Jan. 29 that he had passed away at the age of 30 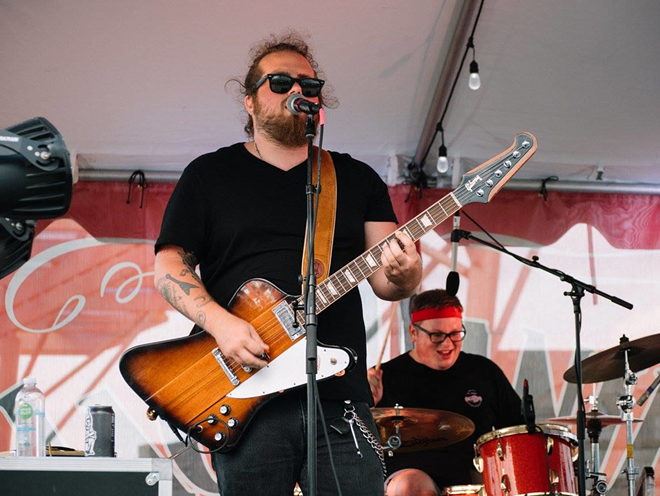 According to friends and family members, area singer/songwriter/guitarist Taylor Shannon has died. He was 30 years old.

Shannon — who was also a tattoo artist at Aces High Tattoo in Mount Orab — built his reputation as a talented Country musician with a gritty, soulful style, releasing albums like 2015's Home & Tennessee which helped him score the 2016 Cincinnati Entertainment Award for top local Country artist.

In the past few years, Shannon had been performing and recording with his band Smoke Parade, which boasted a Roots- and Punk-tinged Modern Rock sound just as powerful as his more straight-ahead Country material. The band also featured Shannon's lifelong friend Seth Bunton and drummer Zach Backus.

Shannon had been bouncing between his solo and Smoke Parade work in the past couple of years. In September, he'd returned to his solo guise to release the single "Lazy," which he told me via email he based on an unreleased demo by the band Brand New that he came across on Reddit.

At the start of the year, Shannon released the solo single "Vampire Song." He'd more recently released snippets of his track "Shine" in a post on Facebook in which he said a new solo EP would be released this spring, followed by a full-length album.

Since news of his untimely death surfaced on Jan. 29, friends and fans on social media — including a wide swath of local musicians from different generations and genres — have been remembering Taylor's musical gifts as well as his kind and generous spirit.

Rest easy buddy. You will always be my brother from another mother. My heart hurts so bad. I’ll see you on the other side.
Taylor Shannon
1989-2020 pic.twitter.com/jG1NrtcEYV

I don’t know why.. I’ll never understand.. sad news from back home.. RIP @_TaylorShannon , you were such a talented song writer and musician and always so fucking nice to me when we spoke.. Condolences to his family and his beautiful wife. Yet another sad day..