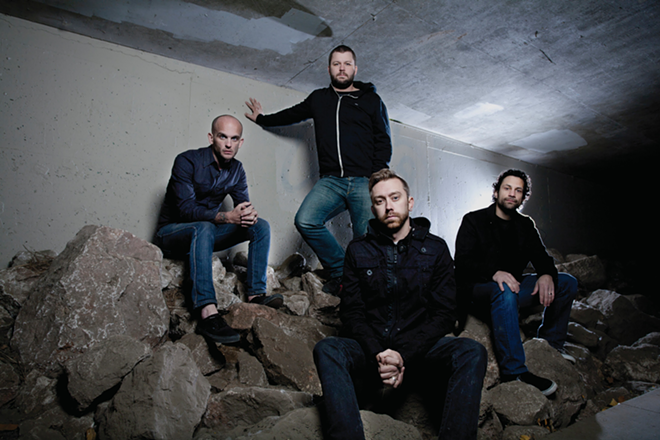 While many bands spend years toiling around, looking for their place within the music scene, Rise Against found their niche over a decade ago. They lead the way in making mosh pit-stirring music with actual substance.

In the Rock world, not a ton of bands even attempt to pull off meaningful music. Rock radio is awash with songs about awful relationships and partying all night. Even Green Day, which occasionally releases minor musical hissy fits on the state of the world, still gives a show that’s mostly about partying and theatrics.  The only bands who continually and earnestly release music with real messages tend to be underground and Christian Rock bands (or Nickelback). Rise Against’s music, while often politically charged, is rarely an anthem of anger, but rather a rousing reminder to change your world.

Their newest album, Endgame, is their most politically charged yet. Throughout Endgame, Rise Against delves into social, environmental and political issues. The band’s songs focus on dark subjects like Hurricane Katrina, the oil spill and homophobia, yet the album is far from a downer.  With songs like “Help Is on the Way,” their message is as clear as ever: Things will get better.

Rise Against’s heartfelt message is still delivered with a punch, though. Expect revving guitars and a pit full of flying fists.

RISE AGAINST performs Saturday, May 5 at PNC Pavilion with guests Title Fight and A Day to Remember. Buy tickets, check out performance times and get venue details here.