Earlier this year, the band signed with the indie label, which was founded by Vinnie Fiorello, member of Ska Punk band Less Than Jake and co-founder of the huge Fueled By Ramen label 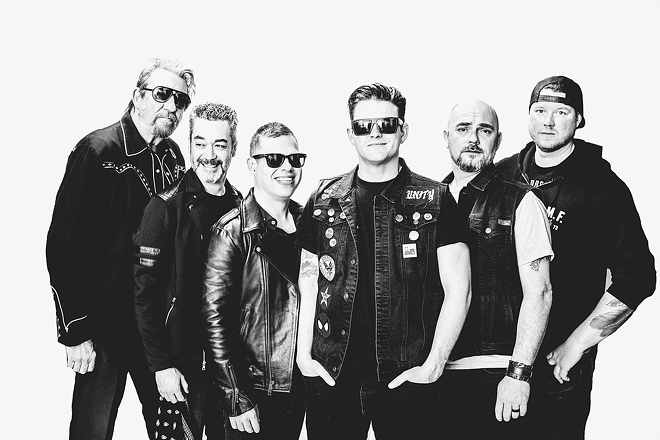 Steph Keller
500 Miles to Memphis
To kick off 2019, Cincinnati Roots Rock greats 500 Miles to Memphis self-released their fifth full-length album, Blessed Be the Damned, the group’s return-to-form after a brief hiatus. The album received positive notice from critics and also led to the band’s return to a fairly consistent touring regimen.

That roadwork likely won’t be slowing down anytime soon. This Friday, Aug. 9, Blessed Be the Damned is being re-released — on vinyl and with a refreshed push digitally — as part of 500MTM’s new deal with Florida-based Paper + Plastick Records. The indie label was founded by Vinnie Fiorello of the Ska Punk band Less Than Jake, who also co-founded the huge Fueled By Ramen label. Fiorello detached from FBR as it grew into a behemoth, with major-label distribution and a roster that includes some of the biggest bands in the world (Twenty One Pilots, Paramore, Panic! at the Disco). Fiorello has said he started P+P as a way to return to the early thrill of finding and promoting music he was especially passionate about, without profitability being such a huge factor. P+P’s roster includes bands like After the Fall, Hellmouth and Protagonist, and they’ve put out vinyl by Frank Turner, Westbound Train and The Ataris. The label has previously released music by Cincinnati-area artists The Dopamines and Mixtapes.

Last month, 500MTM got campy and gory in the new music video for Blessed track “Hold On Tight,” a B-movie horror take-off. The short includes some good over-the-top special effects and features a “love story,” zombies, a squishy, dissected squid and blood — lots and lots of blood. The clip is locally-sourced, written and directed by Casey Shelton (who appears in the new Cincinnati-shot Netflix movie Point Blank) and starring the band members and lead zombie Stacey Horan.