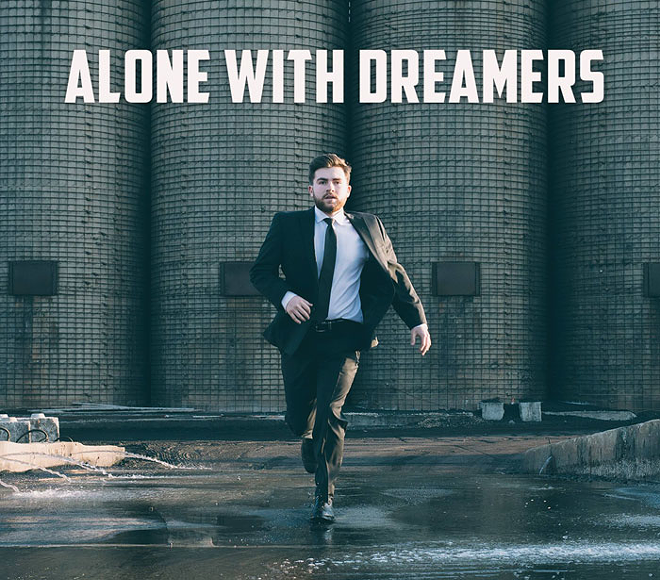 Singer/songwriter/producer Ryan Fine leads the eclectic Ryan Fine & The Media, a local 10-piece ensemble consisting of students and graduates of the University of Cincinnati College-Conservatory of Music. The Media’s repertoire is quite diverse, roaming from Jazz and Rock to Soul and Pop and often blending multiple genres effortlessly. But Fine’s first solo album, Alone with Dreamers, is more focused and shines a brighter light on the essence of his impressive songwriting (he’s also the composer of The Media’s broader music).

Fine — who’s majoring in commercial music production at CCM and has written orchestral works as part of his studies — will be joined by his bandmates for this Saturday’s album release party at Woodward Theater (1404 Main St., Over-the-Rhine, woodwardtheater.com). The show begins at 8:30 p.m. with openers Anna Kline and Daniel in Stereo. Tickets are $7 in advance (through cincyticket.com) or $10 at the door.

Fine’s brand of Pop Rock is of the more mature variety. Don’t come to Alone with Dreamers expecting electronic beats or pandering gimmicks — Fine aims for and achieves something more timeless by making the songwriting the center of attention. Gentle but emotive, the tracks on Alone with Dreamers generally revolve around Fine’s vocals and melodies and are largely driven by piano and augmented with horns, organ, strings and guitars.

After the elegant, all-strings instrumental opening track “Truth and Beauty,” the album glides into the muted Funk groove of “Pity,” a song Fine plays live with The Media and is laced with Chicago-esque horns. The more sparse tracks on Dreamers — like the tear-jerking “Pull the Plug” and the introspective “Subway Train” — are especially moving, showing what Fine can accomplish with primarily only a piano and his voice. The more full-bodied, relatively upbeat tracks, like album highlights “Think Fast” and the stellar title track, are loaded with hooks, and one could easily imagine them garnering attention from radio. But that doesn’t seem to be Fine’s aim with Dreamers — the emotional pull he’s able to give his songs is the true attraction. That’s a talent that can’t be taught, and Fine’s ability to connect with listeners on a deeper level is much more important for his longevity in music than the ability to put together a catchy three-minute Pop song.

For more on Fine, visit ryanfine.com.

After establishing itself as one of the premier Reggae acts in Greater Cincinnati, Know Prisoners (featuring singer and drummer Jonathan Luck Spaulding, formerly of the very popular local Reggae crew Zionites) is now set to unleash its first recording, the eight-track Warrior March. The band celebrates the new release with a show Saturday at Urban Artifact (1660 Blue Rock St., Northside, artifactbeer.com). Rockstead and Kick Engine also perform at the 9 p.m. show, which is free.

Reggae is the lifeblood of Know Prisoners music, but it’s not the only blood. “You Can’t Hold Me Down” and the title track feature some sizzling Rock guitar leads, for example, and most of the songs possess an underlying Soul/R&B vibe (which is not surprising, given Reggae’s roots in American Soul music), with Pop-worthy melodies scattered throughout. Those combinations of influences aren’t unique, but Know Prisoners does what it does very well, dropping a buzzing electro/synth solo into “Time of Need” with an uncanny naturalness and dealing with lyrical topics both personal and socio-political. The moments on Warrior March that stand out are the ones that step furthest outside of the Reggae comfort zone — “She Never Really Loved Me” has rapped verses, a dreamy, harmony-laden chorus and jazzy keyboard riffing — because they really showcase the group’s uniqueness.

But Know Prisoners’ Reggae expertise shines throughout Warrior March. The magnetic bounce and “question authority” message (“Don’t be like the sheep when the shepherd is evil”) on the title track sets the tone perfectly, while the dizzying retooling of the title track that closes the release — “Warrior (Dub)” — is the perfect bookend to this strong collection of classic-meets-modern Roots Reggae.

For more on Know Prisoners, go to knowprisoners.com.