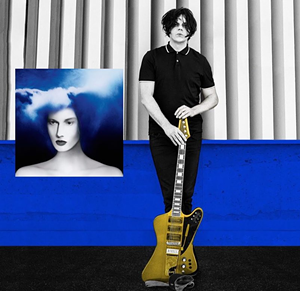 Today, a select number of independent record stores around the world are hosting advance listening parties for the new Jack White album, Boarding House Reach. Along with shops in Australia, Estonia, France, Japan, Portugal and Italy (among numerous other countries), Northside's Shake It Records will spin the LP today at noon. The album officially releases March 23.

Those attending today's event will receive a Jack White button and have the chance to win an exclusive single-sided tri-color 7-inch of White’s new single "Over and Over and Over" and other prizes.

White is one of the headliners of this summer's Bunbury Music Festival in Cincinnati. The festival recently announced its daily lineups: White headlines June 3, Incubus headlines June 2 and The Chainsmokers and blink-182 are the main acts June 1. Three-day and single-day passes are available here.