The clip (recorded at the local Candyland recording studio) was released in conjunction with Pinnell’s recent slate of cross-country dates, where he’ll be road-testing material for his next album 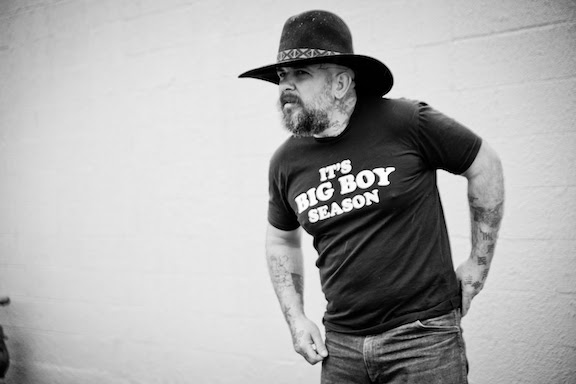 Earlier this month, a new video of Northern Kentucky Country singer/songwriter Jeremy Pinnell was released ahead of the start of an extensive tour that began last week with seven performances at the South By Southwest festival in Austin, Texas.

The clip features Pinnell and his band playing “Best I Could Do” off of his phenomenal (and widely acclaimed) 2017 album, Ties of Blood and Affection. The black-and-white video was shot at Dayton, Kentucky’s Candyland recording studio.

Pinnell’s tour — on which he will road-test songs from his next album — picks up again March 29 in Nashville and will take him all over the south, east coast and west coast, keeping him on the road through June.

Pinnell has a June 29 homecoming show at MOTR Pub at the end of his itinerary, but local fans can wish him Bon Voyage this Saturday (March 23) when he performs at Northside record store Shake it for a showcase of acts on the area label Sofa Burn. The 7 p.m. event (part of Shake It’s 20th-anniversary festivities) is free and will also include performances by Daniel Martin Moore and R. Ring.