A Year After Its Release, Soul/Roots Singer/Songwriter Anderson East Rides Wave of His Latest Album's Success Into Covington 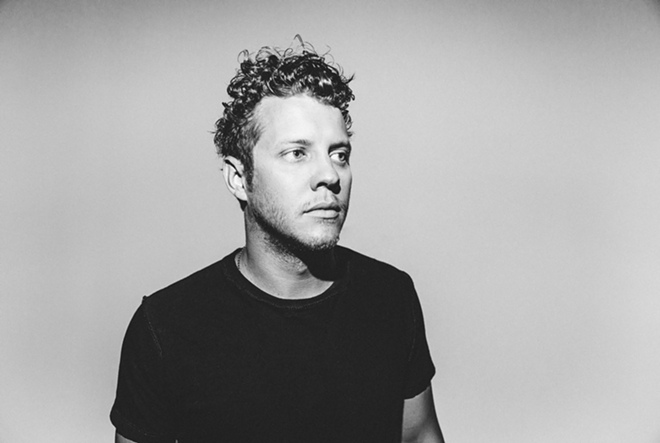 Photo: Joshua Black Wilkins
Anderson East
Born and raised in Alabama and now an entrenched Nashville resident, Anderson East had the prototypical Southern Baptist upbringing critical to the success of Soul/Roots Rock singer/songwriters, with a minister grandfather and musical parents — dad in the church choir and mom behind the piano. Oddly enough (or perhaps not odd at all), it was East’s more secular influences that drove him to teach himself to play the piano in high school, spurred on by his love of Ben Folds. By that point, East had already written and performed his first song for his seventh-grade talent show, his path likely set in stone.

After graduating from Middle Tennessee State University with a degree in musical engineering, East moved to Nashville to ply his trade. He scored an early gig playing guitar and singing harmonies behind Holly Williams, but his solo career began in 2009 with the self-release of his first album, Closing Credits for a Fire, which was credited under his given name, Mike Anderson. He subsequently released an EP of demos from his debut album, marking the first official appearance of his stage name.

His first full length as Anderson East, 2012’s crowdfunded Flowers of the Broken Hearted, showcased his musical duality; the two-CD set was divided into a white and a red disc, the former displaying his Americana/Soul talents and the latter exuding a darker vibe and Rock-based atmosphere. East’s big break came when he was spotted by red-hot producer Dave Cobb at a writers round at Nashville’s legendary Bluebird Café. Cobb was mesmerized by East’s songs, stories and presence and immediately made him the first signing to his newly established Elektra Records imprint, Low Country Sound. Their resulting studio collaboration, 2015’s Delilah, was a critical sensation and exponentially increased East’s industry profile. Within months of its release, East was dating Miranda Lambert and wound up co-writing two songs for her 2016 album, The Weight of These Wings.

Last year’s Encore was East’s breakthrough album; he co-wrote with Cobb, Chris Stapleton, the late Avicii, Ed Sheeran, Snow Patrol’s Johnny McDaid and Willie Nelson, among others. The album cracked the Top 50 of the Billboard 200 chart and hit the Top 5 of both the Folk and Rock album charts. East’s co-write with Sheeran, McDaid and longtime writing partner Aaron Raitiere, “All On My Mind,” was nominated for a Grammy for Best American Roots Performance.

It’s a safe bet that when East turned 30 last July, he didn’t freak out about his odometer turning over. Anderson East was born older than 30 — it’s in his exquisitely soulful vocal rasp and the vintage approach he takes to his songs of joy and heartbreak, triumph and despair, all delivered with from the same deep well of emotion and perspective.