Sound Advice: 7 Seconds with Bishops Green and Knife the Symphony 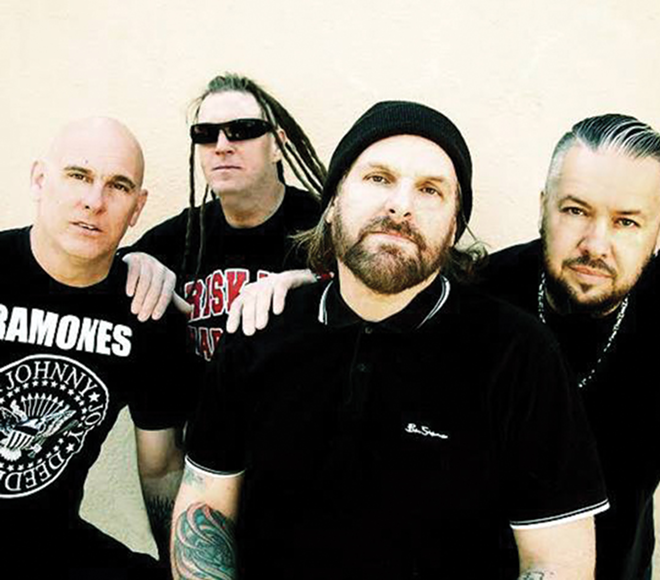 Given the fact that 7 Seconds has been around for the past 35 years, the Hardcore/Pop/Punk quartet might not be on the radar of younger fans. It’s the safest bet that 7 Seconds — anchored from the start by the Marvelli brothers, aka vocalist Kevin Seconds and bassist Steve Youth — was a major influence on a significant chunk of those younger fans’ music collection.

Since the Reno, Nev. foursome formed in 1980, it has notched over a dozen lineup changes and released a half-dozen EPs and 16 albums across a dizzying array of Punk subsets — the band self-described itself as “Hardcore New Wave” in a 1980 Punk newsletter — but the group has been widely acknowledged as being among the first true Punk bands to venture into the melodicism and anthemics that eventually came to characterize Pop Punk and bracing Indie Rock.

Early singles and EPs by 7 Seconds were old-school Hardcore Punk, as were its first releases for Better Youth Organization (BYO) Records. But it was 1986’s New Wind and 1988’s Ourselves that broadened the band’s range and added melodic colors to its sonic palette. The pinnacle of that period was 1995’s The Music, The Message, 7 Seconds’ major label bow with Sony, but 1999’s Good to Go, the first of three 7 Seconds releases for SideOneDummy and the group’s first album after a four-year gap, marked a solid return to its my-fist-your-face Punk roots.

The band’s next studio album, the equally strident and old-school Take It Back, Take It On, Take It Over!, would come six years later, but it would take nearly a decade for 7 Seconds to return to the spotlight, signing with Rise Records and releasing last year’s patently amazing Leave a Light On, a brilliantly conceived amalgam of everything the band has done well since Ronald Reagan’s first term.

The ignorance of young fans was on full display in comments made on message boards around the internet after the release of Leave a Light On, accusing the band of ripping off Foo Fighters — you got that shirt on backward, sparky, because 7 Seconds came seven years before Nirvana. You want Punk, go to the source.