The current tour pulls songs from every era of the band’s 30-year history. 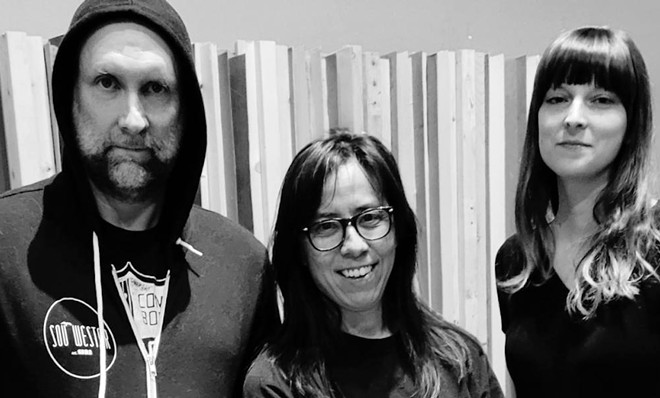 Built to Spill endures, which should come as a surprise to no one.

The Idaho-spawned act has exceeded most of its early-1990s indie-rock contemporaries behind a timeless sound centering on frontman Doug
Martsch’s ragged guitar heroics, which recall Neil Young on a J. Mascis kick. And now, after years as a five-piece outfit, Built to Spill has pared back to
a trio with drummer Teresa Cruces and bassist Melanie Radford for recent tours, including the current jaunt.

“We weren’t really making enough money to support six people, with our sound guy being part of our money split,” Martsch said in a recent interview with The Providence Journal. “Having it back to being three people makes a big difference, and it’s also artistically fulfilling. It’s fun to do it that way. … I actually really enjoy the pressure it puts on me as a guitar player.”

“Gonna Lose,” the lead track on the band’s forthcoming ninth studio album, When the Wind Forgets Your Name, is an uncommonly taut guitar ditty featuring this admission from Martsch: “I’ve come to realize time’s all wrong/Answers materialize then they’re gone/They were here, but the ones like that disappear/And they don’t come back.”

Elsewhere, the spacier “Spiderweb” recalls Built to Spill’s late-’90s heyday, merging the psych-tinged guitar workouts of 1997’s Perfect from Now On with the sleeker, hook-laden elements of 1999’s Keep it Like a Secret. Perhaps best of all is “Understood,” yet another excursion in Martsch’s long-running search for clarity, made all the more poignant through the now 52-year-old’s modest whine of a voice and soaring guitar leads: “There’s no way to figure it out/Life’s just understood.”

The current tour pulls songs from every era of the band’s 30-year history, which is a variation on a theme that time can’t contain.

Built to Spill plays Woodward Theater at 7 p.m. Aug. 22. Doors open at 6 p.m. There are no COVID-19 protocols in place for the event. Info: woodwardtheater.com.