Sound Advice: Cruel Hand with Eternal Sleep, Will To Die, By Force, Crewneck and Bonehead (Nov. 3) 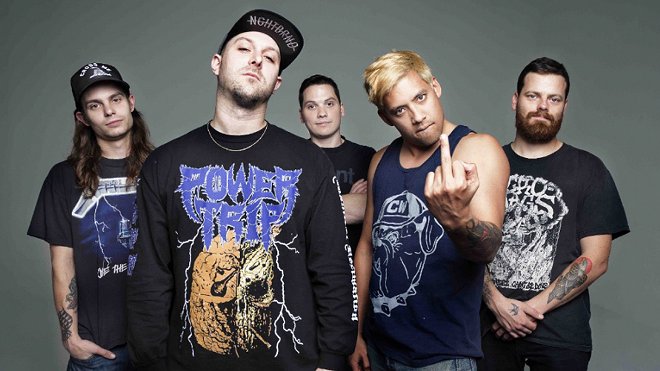 Photo: Provided
Cruel Hand
Nearly a decade and a half ago, the Portland, Maine Hardcore scene spawned the brutal glory of Outbreak, a band that generated a sizable fan base and a good deal of critical praise. By 2006, several members of the band were looking for other creative avenues to explore. In an effort to shake things up for themselves, they started a side project that they christened Cruel Hand. The quintet began an almost non-stop regimen of touring, taking just enough time from the road to record its 2007 debut, the almost universally acclaimed Without a Pulse, which garnered favorable comparisons to No Warning, Metallica, Suicidal Tendencies and, inevitably, Outbreak itself.

By the following year, the writing was on the wall and in their press kit, and the Outbreak members defected from their original band and made Cruel Hand their primary focus.

In the eight years since going full time with Cruel Hand, the band has released a few EPs and an additional four albums — the well-received Prying Eyes in 2008 and Lock & Key in 2010, the melodic and somewhat coolly reviewed The Negatives in 2014  and its most recent triumph, the relative return to form of Your World Won’t Listen — while touring relentlessly, opening for the likes of Bane, Death Before Dishonor, Terror, Hatebreed and Disturbed, among many others. The quintet — vocalist/lyricist Chris Linkovich, guitarists Andrew Budwey and Brian Wilcox, bassist Seger Daily and drummer Ryan Goff — has expanded the concept of what constitutes Hardcore, blending the speed of Metallica, the pummeling riffage of Black Sabbath, the chugging intensity of Madball and the Thrash Metal brutality of Cro-Mags and No Warning with a corresponding catalog that reflects that sense of experimentalism and passion for diversity; as they say in their Facebook bio, the band’s sound is “an eclectic blend of styles that embodies anything but their surroundings.”

Like all bands who take certain sonic liberties in the studio to create subtle nuances in their produced work, Cruel Hand’s live presentation is the equivalent of a thousand brass knuckles being spewed out of a pitching machine at 100 miles per hour. If you think fate has a cruel hand, wait until you get a load of these guys.