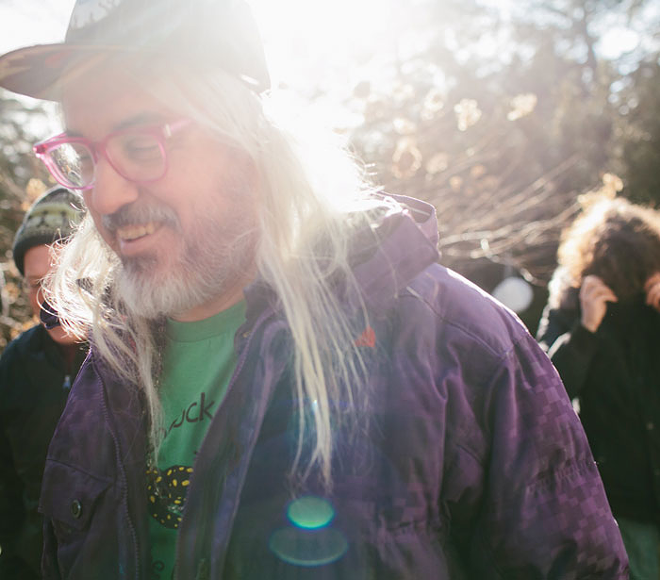 Alas, the original band’s run as one of Indie Rock’s trailblazing acts wasn’t to last — Barlow’s high-strung nature clashed mightily with Mascis’ eternally laid-back ways. Barlow quit in a huff and started his own band, the long-running Sebadoh. By 1993’s Where You Been?, Murph was gone too, leaving Mascis to fulfill his dream — he played every instrument on the record and produced it to boot. There was no one left to fight.

It then came as a surprise in 2005 when the original Dino lineup regrouped to tour behind Merge Records’ reissuing of the trio’s first three records. And, as anyone who witnessed that first return tour can attest, the group’s live show was as transcendent as ever. Mascis, now sporting a mop of gray hair, played his guitar with a ragged glory that remains one of the essential sounds in Rock & Roll. And Barlow, armed with his sludgy low-end bass, even cracked a smile.

The reunion led to the trio’s first album in 20 years, 2007’s Beyond, and, again surprising almost everyone, the guys are still at it nearly a decade later. The band’s fourth post-reunion record, Give a Glimpse of What Yer Not, is set to drop Aug. 5. The opening track “Goin Down” is classic Dinosaur Jr. — Mascis’ signature guitar riffage eventually makes way for a soaring solo that’s as expressive as anything we’ve heard from this still-vital band. The guitarist’s signature soloing is so central to the band’s sound, it recently released a preview of Give a Glimpse that compiled every solo featured the new album.