The Atlanta-bred singer/songwriter has been writing songs since age 14. 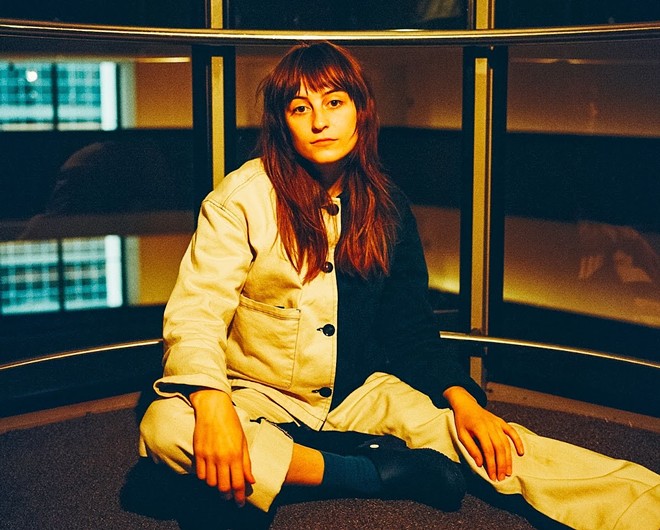 
There’s a particular lilt to Faye Webster’s voice. The Atlanta-bred singer/songwriter conveys a lot without straining to do so, a laid-back approach that infuses her first-person tales with a unique intimacy, as if she’s whispering directly into your ear.

Now 24, Webster has been writing songs since age 14, the result of a musical childhood — her grandfather was a Bluegrass guitarist, her mother was a guitarist and fiddle player and her older brother was in Rock bands. Webster self-released a precocious debut dubbed Run and Tell at age 16 and followed it up with the self-titled effort Faye Webster in 2017. But it wasn’t until 2019’s Atlanta Millionaires Club that she came into her own — 10 songs in 32 minutes, each tune laced with a wry sense of humor, her modestly affecting voice and deceptively simple, Jazz-inspired Folk Pop arrangements.

Last year’s I Know I’m Funny HaHa is even better. Her introspective songs reveal multitudes through simple language and languid music anchored by acoustic and electric guitars and spare drumming, with the occasional flourish of strings, horns and keyboards.

“The recording experience was beautiful, I was truly fighting tears,” Webster said in a press release. “I think I had actually even cried listening to the demos. I was put in a position where I could see the conductor as well as the producer, which I needed because I honestly couldn’t pick up on my cues sometimes even though I wrote the songs. I was so distracted in how beautiful the orchestra sounded I would forget to sing sometimes.”

Webster’s rising profile gets another boost as the opening act on tour with Haim, the Los Angeles-based group of sisters (Este, Danielle and Alana Haim) whose own musical trajectory continues to evolve. The performers will be in Cincinnati on May 19 at the Andrew J. Brady Music Center.