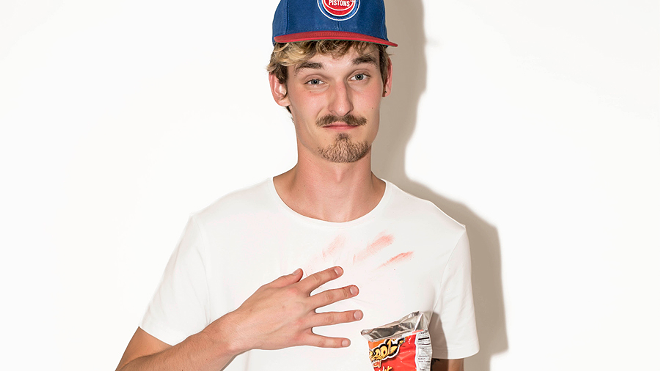 Photo: Provided
GRiZ
A lot of hardcore live music fans will offer the opinion that DJs are not musicians and, for straight spinners, it’s probably true — although there is a counter argument that there is clearly an art to engaging an audience simply by playing records. At the same time, there are DJs who are much more than mere turntablists, and Grant Kwiecinski, better known as GRiZ, is a vanguard artist in that category.

GRiZ was born in the Detroit suburb of Southfield and raised with a love of Motown Soul and the horn-drenched Funk of The Meters, which ultimately led him to pick up the saxophone. He began making music as a student at Michigan State University, where he played gigs in addition to providing DJ sets for friends’ parties. GRiZ dropped out of MSU to concentrate solely on music, releasing his debut album, 2011’s End of the World Party, when he was just 21. Since then, GRiZ has dropped four other albums, including the just-released Good Will Prevail, and the classic Hip Hop-inspired mixtape Chasing the Golden Hour Pt. 1, all of which are available for free download at mynameisgriz.com.

GRiZ’s 2015 release, Say It Loud, spawned a half dozen singles, all of which topped Hype Machine’s charts and generated some of the best reviews of his brief but potent career.

That would be a hell of a start for any artist, but GRiZ, now based in Boulder, Colo., isn’t just any artist. He maintains a close connection to his hometown, hosting an annual charity event dubbed “The 12 Days of Grizmas,” which raises money for local organizations, collects winter coats for the homeless and stocks the pantries of pet shelters. GRiZ also started his own label — Liberated Music, which morphed into All Good Records — featuring friends and associates like Muzzy Bearr, The Floozies and many others, and he’s made a name for himself as a producer as well. And how many DJs can you name that have won an award in the prestigious High Times Cannabis Cup competition for developing GRiZ Kush, a particularly lush new strain of pot?

It all falls under the umbrella of GRiZ’s longstanding motto: “Show Love Spread Love.”