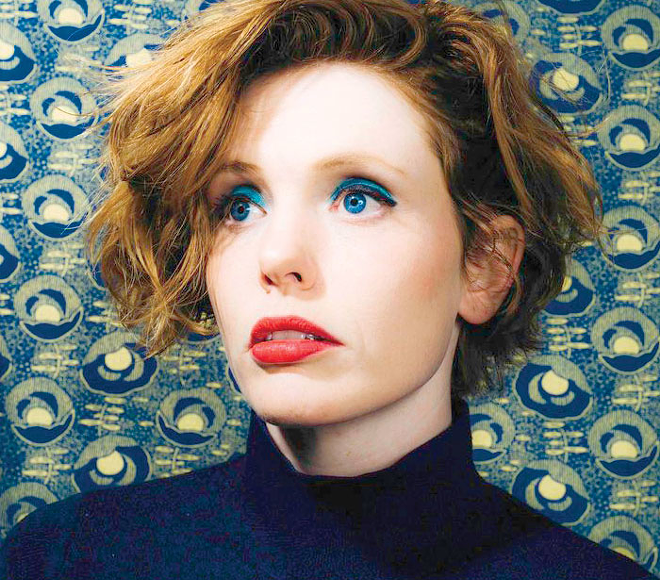 Photo: Graham Tolbert
Haley Bonar
Haley Bonar isn’t exactly a household name, but it’s not from lack of effort on her part. Since 2001, Bonar has compiled a catalog of 12 full-lengths/EPs/singles as a solo act, plus two more with her band, Gramma’s Boyfriend. The connecting threads in Bonar’s work are drawn from an incredible breadth of musical history, including ’60s Baroque Pop, ’70s New Wave and ’80s Power Pop, woven into a vibrant contemporary tapestry that deftly combines simplicity and complexity.

Bonar, a Canadian native, was subsequently raised in South Dakota, relocating to St. Paul, Minn. for college. Just after beginning her academic pursuits, Low’s Alan Sparhawk spotted her at a local talent showcase and asked her to open his band’s imminent tour. Bonar dropped out of school and hit the studio with Sparhawk and producer Eric Swanson to create her first official album, 2003’s The Size of Planets. Her next album, 2006’s Lure the Fox, made a big splash locally, garnering Bonar two Minnesota Music Awards. The album received national distribution when she signed with Afternoon Records.

Bonar’s first album specifically for Afternoon, 2008’s Big Star, achieved some next-level success when Showtime tapped “Arms of Harm” for inclusion on an episode of The United States of Tara, and she toured and collaborated with Andrew Bird and Gary Louris, among others. In 2009, she played in Vancouver and found out during her stay that her apartment house was being sold; inspired by the West Coast environs, she moved to Portland and began writing her next album.

The following year, Bonar returned to St. Paul to record her newly written material, which became 2011’s critically acclaimed Golder, and began her New Wave/Punk side project, Gramma’s Boyfriend. In between the band’s two releases, Bonar dropped the stunningly brilliant Last War, which was lauded by Spin, Village Voice and Consequence of Sound, among many others, and her recently released Impossible Dream could easily surpass her previous benchmarks.

Bonar’s sound is an irresistible blend of golden-era Pop classicism, New Wave exuberance and Gothic Rock melancholy, layered with a sonic atmosphere reminiscent of Brian Eno’s productions. Bonar exhibits glints of Aimee Mann, The Tourists, Sam Phillips, Amy Rigby and Alex Chilton (her Big Star album was aptly titled), but don’t mistake her reference points for retro copycatting. Haley Bonar has used her influences, whatever they may be, to create an infectiously unique body of work.