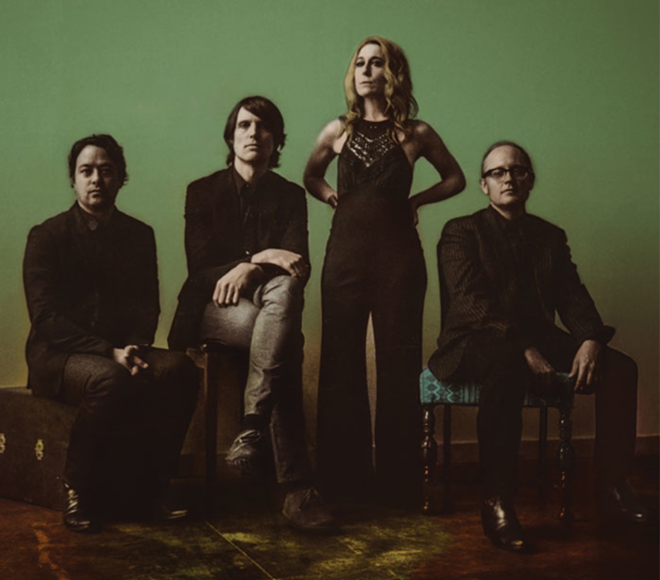 I have two enduring memories of singer Erika Wennerstrom and Heartless Bastards. The first unfolded in 2005 when I experienced the band’s live power for the first time at Austin, Texas’ South by Southwest festival. The Bastards, then still a trio and based in Cincinnati, took the outdoor stage at Austin’s late Club de Ville and began setting up. I walked to the front of the stage and quickly introduced myself to Wennerstrom, who was checking cables and pedals. She smiled, quietly thanked me for coming and said, “I hope you enjoy the show.” Mere minutes later, the tiny blonde woman stomped on her foot pedal hard enough to splinter the stage planks, unleashing a harrowing guitar assault while wailing with hellhound desperation, the muscles in her neck as taut and defined as nautical rope.

It was breathtaking, to understate the case.

My other favorite Bastards moment came four years later when the band, now relocated to Texas and retooled as a quartet, made its national television debut on The Late Show with David Letterman. The band’s third album, The Mountain, had just been released, and the Bastards offered up a spirited reading of “Out at Sea.” When Letterman greeted the band and asked if the members were from Texas, Wennerstrom made sure he knew their mailing address was Austin but that their home was Cincinnati.

In the six years since, the Bastards have released a couple of defining albums: 2012’s stripped-down and bracing Arrow, and their latest, the elementally charged and evocative Restless Ones, which was released earlier this month.

From the very start, Heartless Bastards made it clear they weren’t interested in reinventing the Blues/Classic Rock wheel, just riding it as far and as fast as humanly possible without ever forgetting how they got where they were going and where they came from in the first place, musically and geographically. Wennerstrom was never aiming to become Rock’s poet laureate; she just wanted to play her guitar to the very limits of its tolerances and project her wildly distinctive voice into the atmosphere with no greater purpose than to dust a few rafters, open a few clogged ears, make a few new fans and entertain the ones smart enough to have been around from the beginning. Restless? Absolutely. Heartless? Not by a long shot.

Tickets/more info here. The band will also perform a free acoustic set at Shake It Records Thursday at 6 p.m.