Jarobi was a founding member of legendary hip-hop group A Tribe Called Quest. 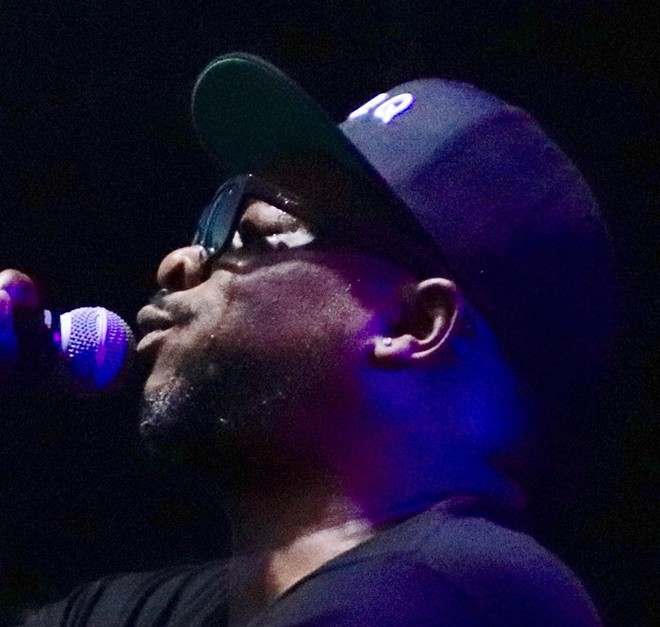 Jarobi, a founding member of the legendary and influential hip-hip group A Tribe Called Quest, is set to make an appearance at the Woodward Theater.

The group came out of the Native Tongues collective of the late ‘80s and early ‘90s that also included hip-hop luminaries De La Soul. Jarobi is featured and acts as host on A Tribe Called Quest’s 1990 debut record People’s Instinctive Travels and the Paths of Rhythm.

He left the group during recording for 1991’s The Low End Theory to go to culinary school and pursue a career in culinary arts. Jarobi [born Jarobi White] built a career as an executive chef and restaurant manager while making a handful of appearances with Tribe over the years and was honored alongside the group at 2007’s VH1 Hip Hop Honors. He rejoined the group for its final album, the critically acclaimed We Got It from Here... Thank You 4 Your Service in 2016 before fellow founding member Phife Dawg’s passing that year. He made appearances promoting the record, including a powerful and memorable performance on Saturday Night Live paying tribute to Phife Dawg.

Jarobi will bring a DJ set delivering “upbeat sounds and grooves" — according to Woodward Theater’s show description — from the 70’s though today and guiding the night much like he did on Tribe’s first record. The event is presented by the Underworld Black Arts Festival in connection with visual and light art festival BLINK. The show will also feature visuals from celebrated London artist Vince Fraser. A handful of local hip-hop and R&B artists including P.o.C. (Patterns of Chaos), DJ Apryl Reign, Fortune the Queen and Brizzy the Activist plus dancers Camille Jones and Basko also will be part of the party.

Jarobi plays Woodward Theater at 7 p.m. Oct. 21. There are no known COVID-19 protocols in place for the event. Info: woodwardtheater.com.