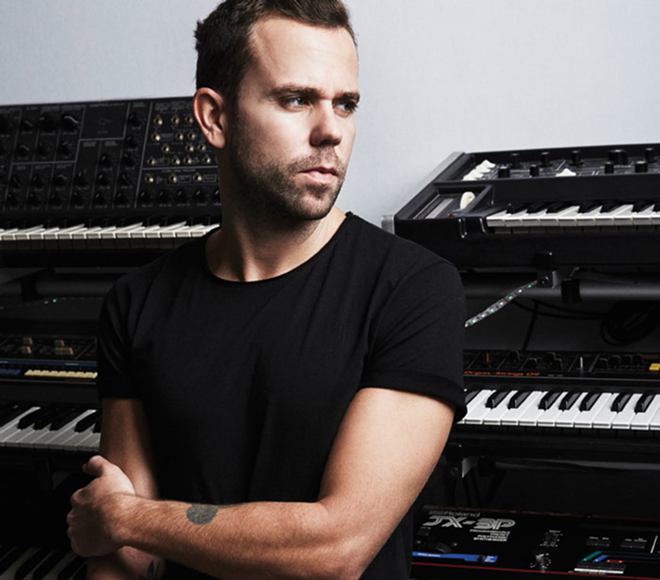 M83 founder and frontman Anthony Gonzalez is obsessed with the 1980s. Over the course of 15 years and four albums — including his last and most commercially successful release, 2011’s Hurry Up, We’re Dreaming — Gonzalez has indulged his love of the decade by building his gauzy music on keyboard sounds that run the gamut from spare to overwhelming, almost always accented with softly sung, romantically rendered vocals from a variety of singers, himself included. Gonzalez’s dreamy aesthetic is awash in childhood nostalgia, a never-ending quest to recreate a time period he imagines as innocent and idealized.

M83’s freshly minted fifth album, the sprawling Junk, falls even farther down the ’80s rabbit hole — Gonzalez has said he was inspired by such era-staple TV shows as Punky Brewster and Who’s the Boss. Sure enough, the brief instrumental “Moon Crystal,” with its cheesy keyboards and strings and jaunty bass line, sounds like his version of a Punky Brewster theme song. “Bibi the Dog,” with saucy vocals from French singer Mai Lan, sounds like Air by way of the Miami Vice soundtrack. Album opener “Do It, Try It” is the closest thing to classic, early-era M83, its reverb-drenched keyboards transporting the listener to a far-off land of first loves and cotton candy.

Even by M83’s standards, Junk is something of a nostalgia trip, and the title is no coincidence.

“It’s a statement,” Gonzalez said in a recent interview with Pitchfork. “This is how people listen to music nowadays: They’re just gonna pick certain songs they like — one, two, if you’re lucky — and trash the rest. All else becomes junk.”