The heavy metal band is hoping to give their fans a more intimate, one-of-a-kind concert experience. 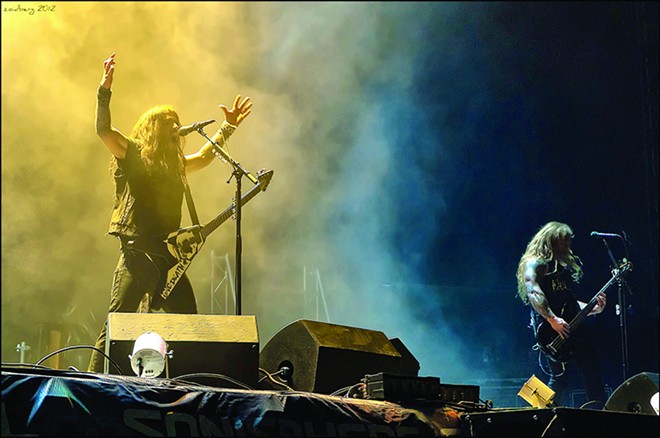 Confidence may not be able to get you everywhere, but in heavy metal it certainly can get you pretty damn far. For California-based thrashers Machine Head, their confidence, along with decades of experience and consistently hellacious riffs, have gotten them further than most. Now, over 30 years since their inception, the band is confident enough to try something they’ve never done before: write and record a concept album.

2022’s ØF KINGDØM AND CRØWN shows Machine Head at their most inflammatory. The band’s vocalist and guitarist, Robb Flynn, is well-known for speaking exactly what’s on his mind in his fiery lyrics and on Twitter in equal measure. For the latest release, Flynn lyrically explored a story of two individuals in a violent future whose personal tragedies are inextricably intertwined. Musically, the band stepped back to inject the past into their current output by channeling their seminal debut, Burn My Eyes (1994), alongside the modern classic, The Blackening (2007), with some of the most blistering crossover thrash tracks that the band has written in some time, while never sacrificing the storytelling and grandiosity that Machine Head has been celebrating in recent years. When an album draws parallels to arguably the band’s two finest releases, you know you’re in for a rager.

Over the pandemic, Machine Head both wrote ØF KINGDØM AND CRØWN and performed online shows dubbed Electric Happy Hours. With the album finally released, the band is celebrating by embarking on the first leg of their “Electric Happy Hour (Live)” tour where the band is hitting up smaller markets to perform solo in smaller, more intimate venues and give their fans a one-of-a-kind show that isn’t to be missed.