Her appearance comes with a bit of scandal, though. 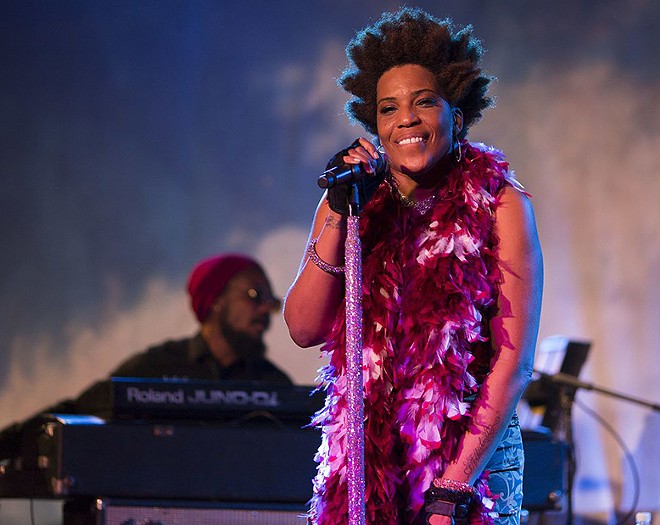 Like many successful artists, Macy Gray’s musical narrative starts casually. The Ohio native went off to college in California, and started playing around with songwriting in her dorm. Before Gray became acquainted with jazz singers like Billie Holiday, she perceived her award-winning voice as a shortcoming. But expanding her knowledge of vocal performance styles changed everything.

“I started kind of working on it, and I really got into it,” the singer told Forbes in 2022. “Even though I thought it was not a real singer voice, I started trying to make it work, style wise and stuff like that.”

By 2001, Gray had honed her vocal stylings so effectively that her single “I Try” won the Grammy Award for Best Female Pop Vocal Performance. The song was one of four singles on her multi-platinum 1999 debut album On How Life Is. Gray has released nine additional studio albums since her debut and has collaborated with pop icons like Ariana Grande and Black Eyed Peas. Her success in the early aughts led to the launch of her acting career, which has included roles in Spider-Man, Training Day and Scary Movie 3.

Plans for her latest release, The Reset, were put on hold in July, when Gray made headlines for her transphobic comments on Piers Morgan’s Uncensored. The singer has since attempted public apologies on Today in July, and on The Tamron Hall Show in November.

Gray told Fox News that the album title The Reset started as a reference to the pandemic and the racially-motivated hate crimes that partially defined 2020.