A live setting is sure to only add a more raw dimension to songs already intimate and to the point. 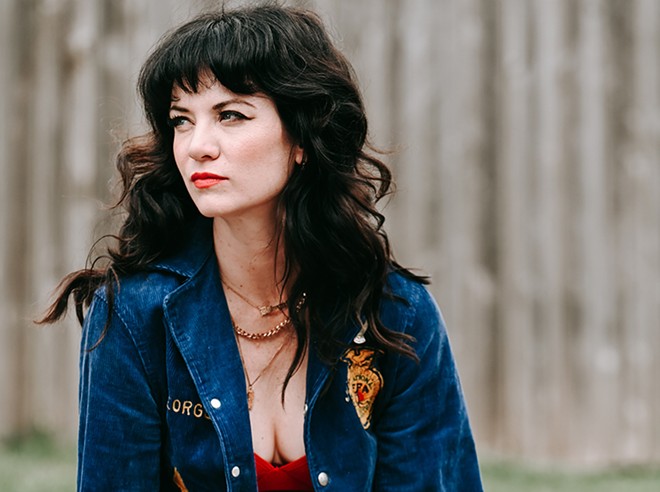 Nikki Lane’s freshly minted fourth album Denim & Diamonds opens with this scene-setting rumination: “I got a car, and it takes unleaded/I know a place with a tab on credit/So I fill the tank and get some Cokes for my friends/Lord, it’s good to be back home again.” The 39-year-old South Carolina native delivers the lines with her signature countrified twang, the sound of a woman nostalgic for a time in the rearview mirror.

But don’t think Lane has jettisoned her rough edges. Denim & Diamonds is her hardest rocking and most introspective effort yet – 10 songs in 33 minutes with a sonic palate informed by Queens of the Stone Age frontdude Josh Homme, who produced the record at his Burbank, California, studio.

Lane wrote several of the tunes during the early COVID-19 days. “For me, it created space because, like so many artists, we don’t know how to say no to anything,” Lane said in a recent interview with Spin. “And then, suddenly, we had time. I was able to dig deeper into myself. Writing has always been therapy, but I think this record shows a lot of self-exploration that so many of us went through during that period. But I was also due for it. I kind of joked my way into this career.”

The results range from the classic country Lane’s long plied (the melancholy, reverb-drenched “Faded” recalls early Neko Case) to sassy rockers aided by a robust rhythm section and rollicking guitar interplay (the go-your-own-way anthem “Tough Girl”). Most curious of all is the closing cut “Chimayo,” a haunting acoustic number driven by Lane’s emotive vocals as she sings about a beloved object no longer in her possession.

If Lane’s recent performance on CBS Saturday Morning is any indication, a live setting only adds a more raw dimension to songs already intimate and to the point. Sure, it was odd to see such grit-encrusted tunes presented via CBS’ glossy soundstage, but Lane and her backing dudes made like it was the dive bar at the end of the street as she belted the defiant lines of the album’s title cut, “Denim & Diamonds”: “’Cause I can do whatever I wanna all by my lonesome/If that’s a problem, well, you can’t say shit/’Cause I’m going my own way.”