Sound Advice: of Montreal with Ruby the Rabbitfoot (Sept. 21) 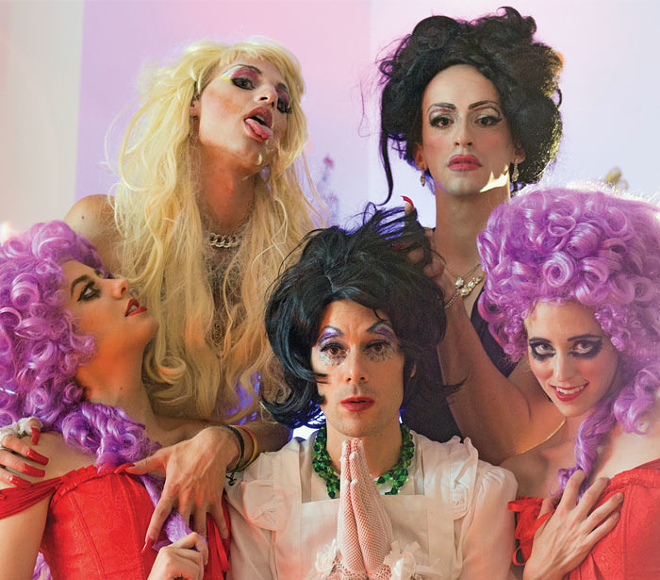 Photo: Ben Rouse
of Montreal
When Prince died only about four months after David Bowie passed away this year, one of the first people I thought of was Kevin Barnes, leader of the Indie/Pop/Rock juggernaut of Montreal. Barnes’ music always struck me as the perfect combination of those two legends, as it has over the past two decades been alternately (and cumulatively) funky, sensual, glammy, catchy, cheeky, introspective, challenging, theatrical, inventive and weird. I bet an end-of-2016 “in memoriam” tribute to both icons helmed by Barnes would be endlessly riveting. (Get on that, New Year’s Rockin’ Eve people.)

Barnes acknowledged the impact of his late musical heroes in an interview with philly.com earlier this month.

“I have been listening to (Prince and Bowie’s) music my whole life, and a month hasn’t gone by without me turning to one or both of them for inspiration and consolation since I first discovered them as a teenager,” he said. “The physical world is infinitely less cool without them here, but their musical legacies are so deeply ingrained into the fabric of my being, at this point, nothing could take them away from me. They’re just as alive now as ever.”

Besides playing with staging, image and sexuality, like his heroes, Barnes has always switched things up musically and evolved as an artist with every album. From the earlier explorations of The Beatles/Beach Boys Pop to the poetic, oddball Space Art Funk of ’00 classics like Hissing Fauna, Are You the Destroyer? to earthier, rockier, more recent excursions like Lousy with Sylvianbriar, Barnes rarely sits still for too long musically and continually works to sharpen his songwriting (a talent that, for all the glitter and flair of the group’s amazing, theatrical live show, sometimes gets overlooked).

Barnes and his latest batch of oMers are currently touring behind this summer’s Innocence Reaches, which find of Montreal more seamlessly blending elements from throughout Barnes’ extraordinarily creative career.