Sound Advice: Poster Children with Vacation and The Yugos (Nov. 19) 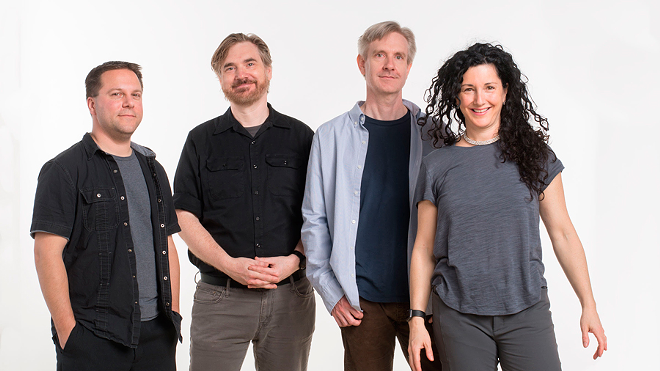 Photo: Provided
Poster Children
Before the early ’90s “Grunge Explosion” or “Alternative Revolution” in music, many of the bands swept up in that eventual wave were touring the Indie/Underground circuit hard, travelling the country in vans and banking on building an audience in towns by repeatedly visiting them. In Cincinnati, a few smaller clubs on Short Vine (near the University of Cincinnati) and in Northern Kentucky were the place to catch little up-and-coming bands like The Smashing Pumpkins or Nirvana with 50 or less fellow music lovers. Those soon-to-be Arena Rock bands would visit Greater Cincinnati for club dates a couple times over the course of a few years.

But there was also a batch of bands on the same musical wavelength that would return to those Greater Cincinnati clubs a few times a year, make local audiences fall in love with them and, in turn, develop one of their bigger non-hometown fan bases. Thanks to endless great shows at, in particular, Vine Street staple Sudsy Malone’s, Cincinnati in the ’90s was a welcoming and welcomed tour stop for bands like Babe the Blue Ox and Billy Goat, acts which made blips on the national radar but were treated like heroes when they played for overflowing throngs of Cincinnati fans.

Poster Children, one of the great, criminally overlooked bands from that time, were one of the Sudsy’s circuit’s biggest cult favorites, and it was always an event when the foursome rolled into town. They were the perfect band for that scene, with a loud and aggressive live show, down-to-earth personalities and Indie/Post Punk songs that were rhythmically attacking, simmering with a glaze of guitars that was part Shoegaze and part Grunge and vocals that often delivered slithering ear-worm melodies that soared with psychedelic enchantment.

The quartet from Champaign, Ill. made its first national splash with its bristling debut album, Flower Power, in 1989. As the rise of Alt music began turning major-label heads, Poster Children inked a deal with Reprise Records, which reissued its masterpiece, Daisychain Reaction (an album given extra sizzle and raw intensity thanks to the recording work of “not a producer” Steve Albini) in 1992. The band made several more solid albums that did well enough that Poster Children remained major-label artists over the course of four LPs (in a time when some majors left many such bands in ruins, dropping them if their debuts didn’t produce an instant “Smells Like Teen Spirit”). In 2004, the band released No More Songs About Sleep and Fire (believed to be the first non-visual release to feature an audio commentary track) and an EP of politically minded covers before calling time on the group.

To celebrate Daisychain Reaction’s 25th anniversary, Poster Children has hit the road for a limited tour. The tour coincides with the late September vinyl re-issue Daisychain, which was re-mastered from the original tapes by the famed Bob Weston. The package also includes a 12-page “fanzine” featuring musings about the album and its creation and a card good for the download of three previously unreleased early recordings.