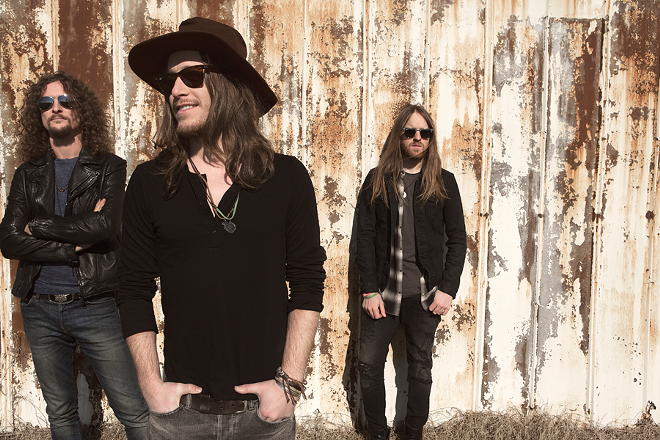 Photo: David McClister
The Cadillac Three
Sometimes a band’s sound doesn’t necessarily result from its membership but is more a matter of timing, circumstance and mindset. The Cadillac Three is an interesting case in point.

The trio’s first album recorded specifically for Big Machine, Bury Me in My Boots, was released last summer. It cracked the Top 40 of the Billboard 200 album chart and garnered a ton of positive press.

The Cadillac Three draws on an array of the musicians’ teenage root influences (Johnston has noted that his first cassettes were Lynyrd Skynyrd’s Greatest Hits and Metallica’s ...And Justice for All). All of the band’s members were actually born and raised in Nashville, a rarity that results in a sound that’s not only spotlighted by pure Rock & Roll passion and conviction, but also the kind of Country tradition that comes straight through their Tennessee DNA. The Rolling Stones made a pretty good pass at Country music in the ’60s and ’70s, but The Cadillac Three will give a hint at how that would have turned out if Jagger and the boys had been born in the Southern colonies.