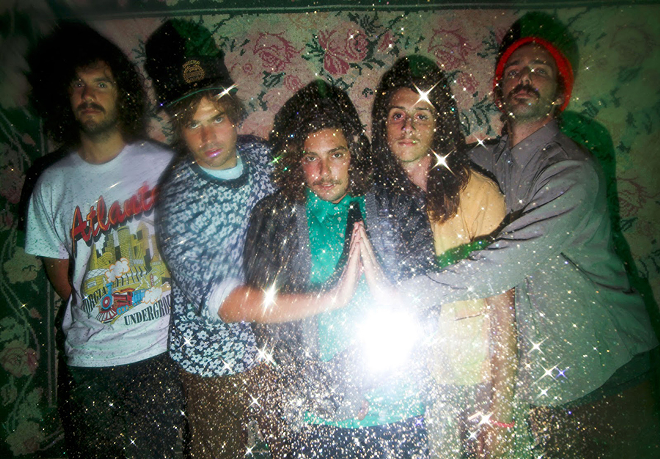 The Growlers have spent the last 11 years perfecting their unique Indie Rock hybrid, which has been described as “Beach Goth” — a swirling, slinky style that touches on elements of Pop, Surf, Dance, Psychedelia, Country and Garage Rock. The band’s five albums, three EPs and three singles have a syncopated, squiggly edge, sounding like the children of Talking Heads and Muse raised in the mellow chill of Southern California on a steady diet of Modest Mouse and Thee Oh Sees.

The Growlers began in 2006 with friends Matt Taylor and Brooks Nielsen, playing guitar and singing along respectively. After adding members to flesh out the lineup, the collective relocated to Long Beach, California and began writing the material that would comprise their electrifying live sets.

But first a name change was in order: Initially dubbing themselves the Heebie-Geebies, they landed on the idea of identifying themselves after their homegrown euphemism for emptying their colons (i.e., taking a growler), and thus was born The Growlers. Glad you asked?

Originally formed around a love of Psychedelic and Surf Rock, The Growlers released their potent debut, 2009’s Are You In or Out?, while they were still enamored with their earliest influences. The band quickly began to indulge their experimental natures, turning out music from a broad spectrum of inspirations and experiences. By their sophomore album, 2010’s Hot Tropics, The Growlers were exploring a sonic agenda that included a Gypsy Jazz take on Psych Folk and Surf Rock and a decidedly confident studio approach that was forged in the live furnace.
That confidence was underscored when they went into the studio with Dan Auerbach at the console for 2013’s Hung at Heart, but when the sessions proved unsatisfactory to the band, they hit reset and made the album on their own. The Growlers’ next two releases, 2013’s Gilded Pleasures and 2014’s Chinese Fountain, continued their Gypsy-Surf-with-a-twist direction, but after signing with Cult Records for last year’s City Club, the band installed Strokes frontman Julian Casablancas as producer and crafted a Brian-Eno-as-snakecharmer vibe on the quiet end and a thumping dance floor groove at the red end of the meter.

The Growlers have toured with a murderer’s row of great artists — the Black Keys, Julian Casablancas, Devendra Banhart and Jonathan Richman, among them —and are one of Indie Rock’s great under-recognized outfits. No shit.