Sound Advice: The Menzingers to Celebrate 'On the Impossible Past' 10th Anniversary at Bogart's

The band’s 2012 album is a stellar collection of melodic punk songs driven by intertwining guitars, keening vocals and a wistful worldview. 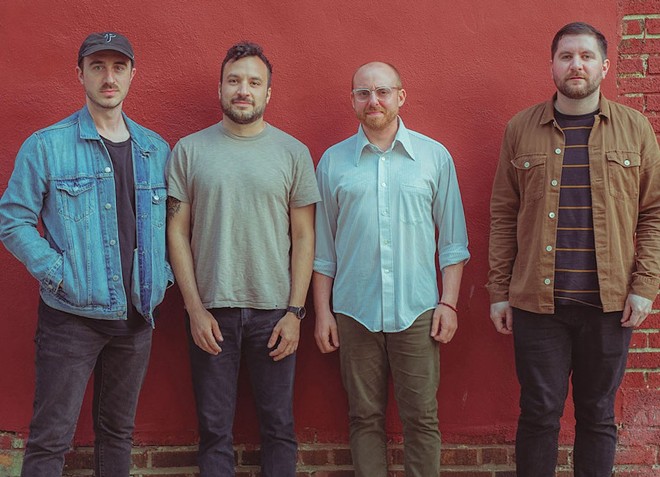 The Menzingers emerged from a herd of buzzing rock bands infected by the likes of The Promise Ring and The Get Up Kids (among other, less obvious touchstones) — sensitive boys whose longing is there on the surface for all to see and hear. The Pennsylvania-bred quartet — guitarist/vocalist Greg Barnett, drummer Joe Godino, bassist Eric Keen and guitarist/vocalist Tom May — write detailed character studies about everyday stuff: cars, beer, deer and, of course, a yearning to connect in a world that often disappoints.

The band’s breakthrough third album, 2012’s On the Impossible Past, is a stellar collection of melodic punk songs driven by intertwining guitars, keening vocals and a wistful worldview. Sample lyric from “Sun Hotel,” as emotionally and sonically visceral a tune as the band has ever conjured: “And I’m pretty sure this corner of the world/Is the loneliest corner of the whole world.”

In what is becoming a trend across the musical landscape, the guys are celebrating On the Impossible Past’s 10th anniversary with a reissue of the album (that includes an EP of demos) and a tour in which they play a good chunk of its songs.

“This record changed our lives forever,” May said in the press materials accompanying the tour announcement. “The last 10 years have been a whirlwind of vans and airplanes, loud stages, late nights, love, dear friends, and once in a lifetime experiences. On the Impossible Past was the ticket. It was a rocket that took the four of us from our small smoke-filled basement in South Philly to stages in cities all over the world.”

The current tour again takes them across the U.S. as well as a recently completed European stint where they played On the Impossible Past sequentially front to back on at least two occasions. But they aren’t neglecting newer tunes, including from their most recent album, 2019’s Hello Exile, which doesn’t stray far from their roots. Take “High School Friend,” which reveals the following: “There’s former you, there’s former me/We’re telling tales of revisionist history/Ah, remember the days we couldn’t hardly wait to end?”