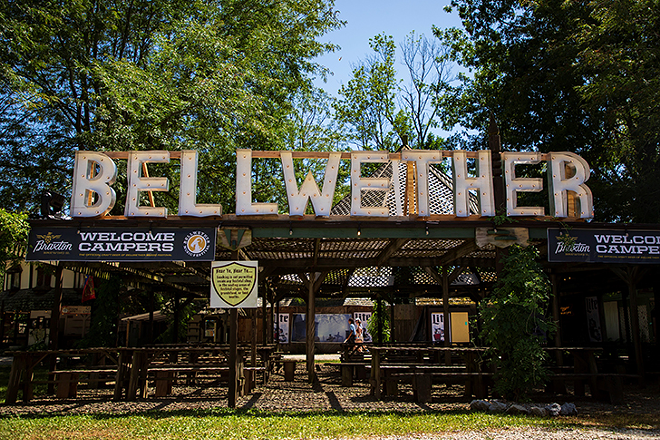 Southwest Ohio's Bellwether Music Festival, which takes place in Waynesville's Renaissance Park, has been canceled due to the coronavirus pandemic.

The festival, which began in 2018, was scheduled for Aug. 6-8 and pivoted to an Americana focus this year with a line-up stocked with musical acts like Nathaniel Rateliff, The Devil Makes Three and Shovels & Rope. Other popular names included The Growlers, Cloud Nothings, The Lone Bellow, Hayes Carll and Waxahatchee.

The cancellation announcement doesn't come as a huge surprise, as a majority of the music fests slated for this summer have been canceled due to the novel coronavirus, though its confirmation is disappointing nonetheless.

“The safety and health of our guests, artists, partners, and staff are always our first priority,” said Bill Donabedian, Bellwether Music Festival co-founder, in a release. “We held in there as long as we could, and even looked at alternative plans such as drive-in options, but ultimately we couldn’t be sure the state of Ohio would be open for festivals this August.”

Refunds will be made in the next 30 days to the credit card used to purchase your tickets. For more info, visit bellwetherfest.com.

Bellwether, along with music festival Country Fest and "Ohio citizen" Mark Miller, who wishes to attend these concerts, have sued Dr. Amy Acton in her former capacity as the director of the Ohio Department of Health, the Warren County Health District and Stark County Combined General Health District for violating their First and Fourteenth Amendment rights. The suit basically says Dr. Acton does not have the right to ban large gatherings, including concerts, due to COVID-19. You can read the lawsuit here.