Recorded at Northern Kentucky's The Lodge with Cincinnati musician/producer John Curley, the Dayton group stretches out on the new track, adding horns, strings and percussion to the mix 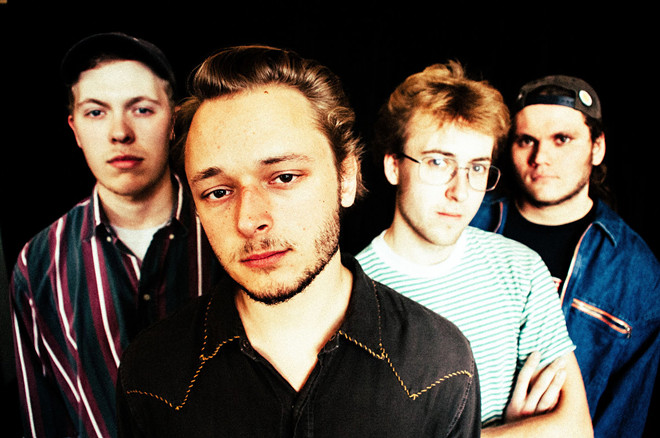 Dayton-based Alternative Rock band This Pine Box — a Cincinnati favorite — has released a great new single, "What Can I Say," which points to a more expansive direction for the quartet. Singer/guitarist Jake Knight says the catchy song, which features horns, strings and extra percussion, is the group's "most extensive arrangement to date."

"We’ve recently started incorporating a horns section into our live show and some of our new recordings," Knight says via email. "The band has really hit a stride and we are coming up with lots of good tunes and we have been sitting on some good ones for a hot minute."

"What Can I Say," which is reminiscent of some of Father John Misty's more buoyant material, is slated to be the lead track on This Pine Box's next album, which they hope to release next fall. The band's debut LP, The Way Out, was released last year.

Knight says lyrically "What Can I Say" is about the escalating divisiveness in our culture.

"The tune is about the rising polarization and tensions people are dealing with currently and how it’s easy to fall into bad habits or negative thought cycles," Knight says. "Sometimes you are your own worst enemy."