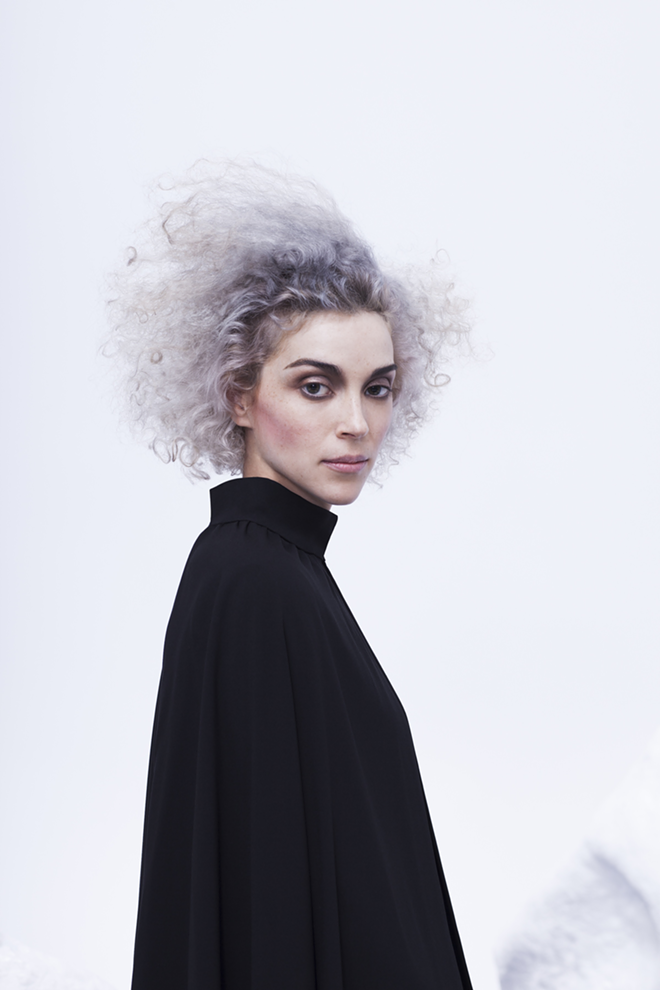 nnie Clark, aka St. Vincent, is a mysterious lady whose increasingly impressive musical output is informed by her expressive guitar playing and catchy, intricately crafted songs. St. Vincent’s just-released, self-titled fourth album is rife with contradiction, syncopated rhythms and surreal flourishes, the work of an artist who continues to expand her horizons.

“This record I didn’t really set up any parameters in terms of how I was writing, but I was setting up a parameters of what I wanted to write, which is that I wanted to make a party record you could play at a funeral,” Clark says by phone from a tour stop in Salt Lake City, Utah.

Cue the funky, horn-driven “Digital Witness,” an incisive look at the corrosive nature of online culture that just might be Clark’s most addictive effort to date. Then there’s the spare “I Prefer Your Love,” probably the most emotionally direct song she has ever written, an ode to her mother in which she repeatedly sings, “I prefer your love to Jesus.” Most curious of all is “Bring Me Your Loves,” an odd little tune that sounds like Kate Bush doing a Prince cover. (Odder yet, Clark has admitted the song contains a guitar part inspired by Pantera’s late guitarist Dimebag Darrell.)

“I’m very lucky and very ecstatic to be four records in and have people more excited about what I’m doing now than what I was doing at the beginning,” she says.

And we’re just as lucky to have Clark, an adventurous artist who seems to get more interesting with each new effort.