The event recognizes the tragedy that happened at Riverfront Coliseum (now Heritage Bank Arena) on Dec. 3, 1979. 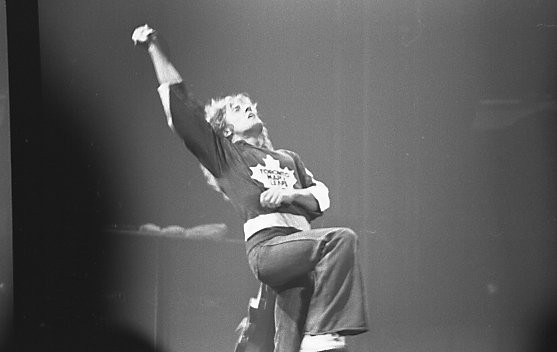 Photo: Jean-Luc Ourlin, Wikimedia Commons
Roger Daltrey of The Who performs during a 1976 concert in Toronto.
In December 1979, 11 people died in Cincinnati just before a concert by legendary Rock band The Who. More than 40 years later, their surviving loved ones continue to honor their memories.

This weekend, the P.E.M. Memorial Committee — named after Finneytown High School students Stephan Preston, Jackie Eckerle and Karen Morrison, who died during the incident — will host a livestream of a previously unreleased concert that The Who played in 1973 in Voorburg, Netherlands.

The livestream is approved by The Who and will raise scholarship funds for three graduating Finneytown seniors who plan to study music or the arts in college.

The event — part of an annual series that takes place during the first weekend each December — recognizes the tragedy that happened at Riverfront Coliseum (now Heritage Bank Arena) on Dec. 3, 1979. On that day, 11 people were trampled to death when an impatient crowd pushed its way through the doors at the Coliseum before a concert by The Who, including Preston, Eckerle and Morrison.

"We honor the memories of our 11 dear friends who tragically lost their lives on December 3, 1979 on the plaza of Riverfront Coliseum in Cincinnati, Ohio waiting to see the world’s greatest Rock band . . . The Who," the band says on its website.

The P.E.M. Memorial Committee has provided 35 scholarships since 2011. The committee also has been a catalyst for a memorial bench, brick plaza and plaques that honor Preston, Eckerle and Morrison at Finneytown High School.

This year's concert will be streamed at 6 p.m. Saturday, Dec. 4. Viewers can donate to the scholarship fund before or during the event. Finneytown's alumni band will perform after The Who's concert ends.

Bookmark the The Who's post about the event or learn more about the P.E.M. Memorial Committee and scholarships.