The Knoxville-based Capps, the mind behind Bonnaroo and Forecastle, comes to Cincinnati via The National's Homecoming and MusicNOW 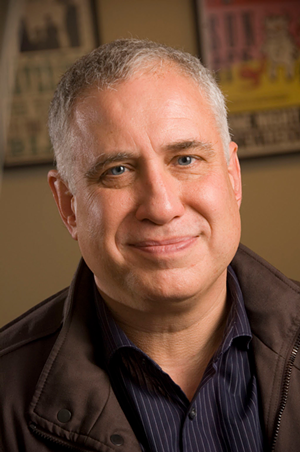 Yes, this weekend’s outdoor Homecoming festival wouldn’t be happening unless The National — the artful Indie Rock band with a worldwide following — wanted to do something special in the hometown that most of its members left long ago. Or, for that matter, if the group’s guitarist Bryce Dessner — also a busy Classical composer — hadn’t started his own MusicNOW festival here in 2006 to bring together the kind of new, often-collaborative and sometimes experimental music of all types that he personally likes. (MusicNOW, a nonprofit organization with an educational component, is organizationally separate from Homecoming, although there is much overlap.)

But Homecoming isn’t just an isolated Cincinnati thing. It’s part of something much bigger happening in the concert/festival business here and internationally. And Ashley Capps, the Knoxville, Tenn.-based festival producer behind AC Entertainment is right in the middle of it all. AC Entertainment is the founder and co-producer of Tennessee’s Bonnaroo Music & Arts Festival and producer of Louisville’s Forecastle festival, among others. AC also produces more than 1,000 concerts per year at various venues, and manages five clubs and theaters in Knoxville and Chattanooga. Live Nation bought it in 2016, but Capps continues to run it.

“Homecoming is a collaboration with The National — they are our partners on it,” Capps says. “And they certainly crafted — we crafted together — the vision for it. It presents a really tasty lineup of some of the most exciting Rock artists of our time. But it’s more or less a Rock festival. It’s a for-profit, a business endeavor. Although we always regard our business endeavors as artistic endeavors as well.” (AC is also managing the concurrent MusicNOW this year.)

Bonnaroo and Forecastle are large outdoor festivals with a seemingly endless array of acts, including many superstars, and can appeal to just about anyone. The four-day Bonnaroo, which started in 2002, occurs June 7-10 this year and will have Eminem, The Killers and Muse as headliners and more than 100 other acts. Capps is proud of his big festivals. But he also has been developing smaller events, sometimes quite arty. He calls them “boutique festivals.”

“Some are a very similar size to what we’re doing this year with Homecoming,” he says. “Moon River in Chattanooga is very similar in scale, as is High Water in Charleston. And Homecoming shares with them a certain curatorial approach, in that its focus — its core — is an artistic vision.”

In the case of Homecoming, the curators are the members of The National. For High Water, which occurred April 21-22, it’s Americana husband-and-wife duo Shovels & Rope. The artists behind Moon River, set for Sept. 8-9, are Drew and Ellie Holcomb (also husband-and-wife Americana artists).

“We’re working with them to craft a distinct musical vision that we hope (provides) a unique experience for fans, one that stands apart from many other festivals that have a more generalized approach,” Capps says.

Capps believes The National in particular is a good act to sponsor and curate a boutique music festival.

Capps readily acknowledges the tremendous growth in the festival market in the U.S.

“It’s been exciting to see,” he says, “and it’s exciting to be in the forefront of that with Bonnaroo and then (other) festivals. I love the festival experience and I feel there are opportunities in it.

“But, you know, there is always a danger when things start looking too much alike,” Capps continues. “So the big challenge in the festival world these days for me is creating unique experiences. That’s where I think we’re going to see more and more growth in the festival sphere.”

Indeed, what he says is borne out by reading Paste Magazine’s recent “Guide to America’s Best Music Festivals of 2018,” which breaks them down by the huge “Multi-Genre” children of Bonnaroo and California’s Coachella, and then the more specialized, niche ones dedicated to Indie Rock, Hip Hop, R&B, Folk Rock and Jam music. (Under Indie Rock, it touts both Homecoming and the Aug. 10-11 “psych-minded” Bellwether Music Festival in Waynesville, Ohio, the new venture by Bunbury Music Festival founder Bill Donabedian. The multi-genre Bunbury, now run by Columbus-based PromoWest Productions, is set for June 1-3 at Cincinnati’s Sawyer Point/Yeatman’s Cove.)

Paste doesn’t have a specific category for artist-curated festivals, but it could. Besides the ones Capps is supporting, there are such events as Wisconsin’s Eaux Claires, which Bon Iver’s Justin Vernon co-curates with National guitarist Aaron Dessner (they also have a side music project called Big Red Machine). Wilco has its Solid Sound festival at the Massachusetts Museum of Contemporary Art in North Adams, and Cincinnati’s Over the Rhine has its own Nowhere Else Festival, described as an “extended musical family reunion,” set for Memorial Day weekend at its farm in Highland County. And there are others.

“Festivals need new ideas,” Capps says. “I use food as an analogy — different restaurants have different goals, and as a consequence offer a different product to the consumer. So a chain restaurant is a great example of something that appeals to a wide range, and delivers a consistency across the board no matter where you live. And there’s a value in that.

“People obviously respond to that, but a whole segment of the population is looking for a different experience — the unique restaurant, the chefs who do something unexpected. It’s a totally different scale of the experience. It’s of tremendous value and it’s what turns me on personally. I’m much more interested in the unique and distinctive than in the broader.”

Capps has especially shown his connoisseur, gourmet tastes in music. For many years, he ran a Knoxville club called Ella Guru, named after a song by the unclassifiable music visionary Captain Beefheart. He also has a deep love for the experimental side of Classical music.

He has developed his connections with Bryce Dessner by creating the avant-garde Big Ears Festival in Knoxville. (It occurred this year March 22-25.) It started in 2009 with Philip Glass, Antony and the Johnsons, Pauline Oliveros, Negativland, Neil Hamburger and others, and like MusicNOW, it is now run as a nonprofit.

“I launched Big Ears without really knowing about MusicNOW,” Capps says. “But after the first year, I got a call from Janice Cowperthwaite (managing director of the Kronos Quartet), who said, ‘Do you know Bryce Dessner? You two should know each other; you’re on a similar wavelength.’

“We met shortly after that and had this very freewheeling exchange of ideas. I brought Bryce in to co-curate Big Ears in 2010, and it was a huge leap forward. So we’ve become friends, and we share ideas and enthusiasm all the time. And I’ve certainly been to MusicNOW on several occasions.”

Last year, Capps helped with the management of MusicNOW, with an eye toward growing the impact of The National’s contributions to the Cincinnati arts scene.

“We started with baby steps last year,” Capps says. “(Bryce) has so much going on all over the world at this point, and he’s looking for someone who understands his ideas and can help translate them into reality. And I’m rather busy myself, so it’s taken us awhile to really get things going. This year is a big step forward in that regard.”

Whatever the cards hold for Homecoming, MusicNOW is continuing with high hopes for the future.

“I think you’ll continue to see MusicNOW unfold in some very exciting ways,” Capps predicts. “It’s always been a beautifully focused and wonderful event, and the potential for what it can offer to the cultural scene in the U.S. and Cincinnati is tremendous.”