The Afghan Whigs announce Cincinnati show at Bogart’s this fall

Tour supporting the band’s new 'In Spades' album comes to Cincy on Sept. 28 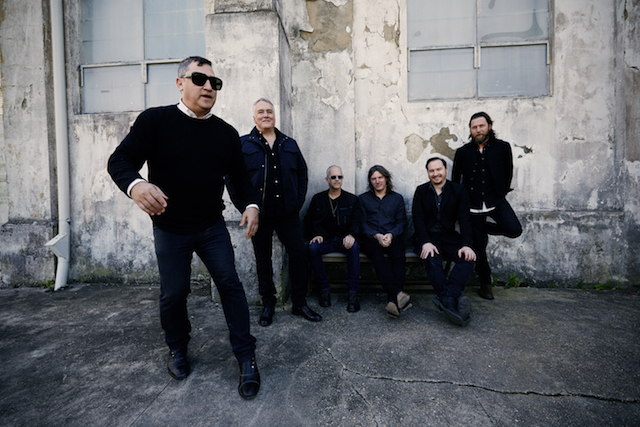 Photo: Chris Cuffaro
The Afghan Whigs' new album, 'In Spades,' is available this Friday (May 5)
One of Cincinnati’s all-time greatest musical exports, The Afghan Whigs, are currently gearing up for the release of their eighth full-length studio album, the sublime In Spades, which is set for release this Friday on Sub Pop Records. After the release, the band will play a sold-out show at the legendary Apollo Theater in Harlem, N.Y. (on May 23), then head to the U.K. and Europe for several headlining shows and festival appearances throughout the summer.

Today, the Whigs’ announced North American dates in support of their spectacular new LP, which includes a stop at Cincinnati’s Bogart’s on Sept. 28. Tickets go on sale this Friday at 10 a.m., so you can grab the album and your tickets at the same time. Tickets can be purchased at Ticketmaster outlets, ticketmaster.com and at the Bogart’s box office.

The show will be opened by Har Mar Superstar, the singer who starred in the video for the first single off the new album, “Demon In Profile.” The band — which features local native Greg Dulli, founding bassist and Cincinnati resident John Curley and drummer Patrick Keeler, who first came to local music fans’ attention with Cincy-based group The Greenhornes — more recently released a moody, compelling visual for another In Spades cut, “Oriole.” Check it below (it’s mildly NSFW).

UPDATE: In Spades is now available to stream in full via Stereogum here. (My favorite track so far is "Toy Automatic," FWIW.)