The Main Squeeze with Benchwood Wyse and Nevele 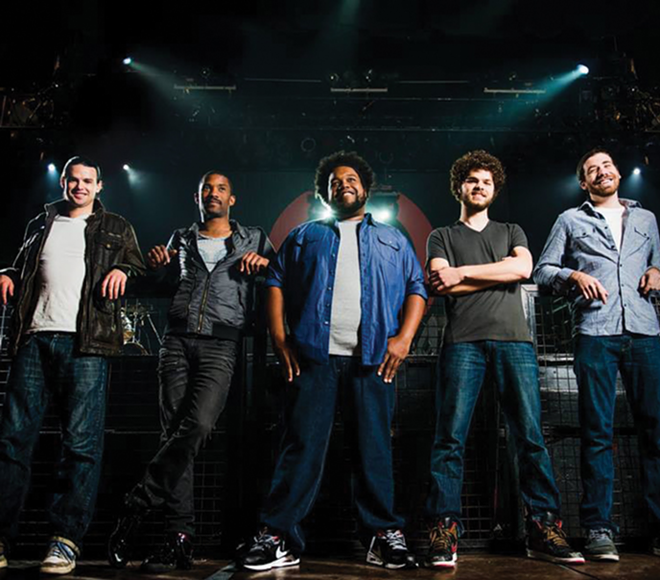 f any old fogey tries to tell you there is no soul left in modern music, sit him (or her) down in his favorite reclining chair and tell him to shut up and listen while you give him a juicy taste of The Main Squeeze.

Rolling out a sound that blends progressive Funk and Rock with sweet, sultry Soul, this five-man band has been rapidly exploding on the music scene since it first hit the stage. A prime example of fresh young talent, The Main Squeeze formed just a hop and a skip away in Bloomington, Ind., in 2010.

The lead man, afro-rocking Corey Frye, is the soul of the group’s sound, belting out breathtaking vocals that vibrate on par with some of the best Soul singers out there.

Backing him up, the other four guys — Max Newman on guitar, Ben “Smiley” Silverstein on keys and the much-too-rare keytar, Reuben Gingrich on drums and Jeremiah Hunt on bass — lay down dynamically impressive and inspired Funk/Rock grooves loaded with solos that will peel back your eyelids and composed breakdowns that will make you boogie down.

Since its inception, The Main Squeeze has been touring relentlessly, building a devoted following across the states and making a name for themselves at several major music festivals, including Bonnaroo and Electric Forest.

The band’s 2012 self-titled debut album is one of those records that’s hard to put away and perfect for getting amped up for a high-energy occasion.

Currently, the group is wrapping up its follow-up album, recorded in its new home, Chicago, with the help of producing legend Randy Jackson, while continuing its non-stop spot-to-spot stage presence.