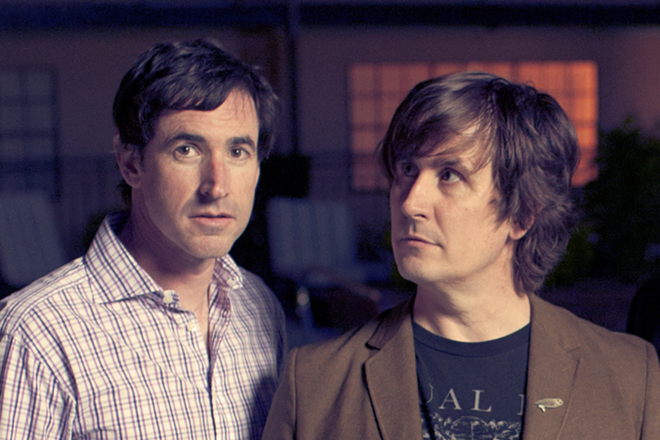 One gets the sense that John Darnielle would completely lose it if he couldn’t write songs. Seriously, is there anyone on the current musical landscape who seems to get more out of unloading his fertile imagination than the prolific Mountains Goats ringleader?

Whether it’s recording lo-fi missives via his boom box or crafting studio offerings distributed by the more conventional means of indie labels, the guy just can’t help but express himself.

The Mountain Goats have dropped 14 quasi-official albums since 1994, the most recent of which, last year’s Transcendental Youth, is yet another Folk-inflected Indie Rock outing in which Darnielle’s hyper-literate words take center stage. Sure, the songs are often dressed up with horns, piano, strings, churning guitars and rubbery bass lines, but it’s Darnielle’s evocative lyrics and modest, high-whine vocals that again cut the deepest.

“Peter and I toured our asses off back in the pre-trio days, but that was before our ascent to the absolute upper echelon of global media saturation,” Darnielle recently explained on his website, tongue only slightly in cheek. “We are pleased to report that a year-plus worth of talking about touring the Mountain Goats in alternate configurations to all-ages rooms is yielding its first fruits this June, in the form of the TUTTLINGEN WARRIORS TOUR 2013, whose name is an inside joke. I'll tell you about it between songs at some point during the tour.”

Expect its telling to be as compelling as his impressive, ever-expanding songbook.