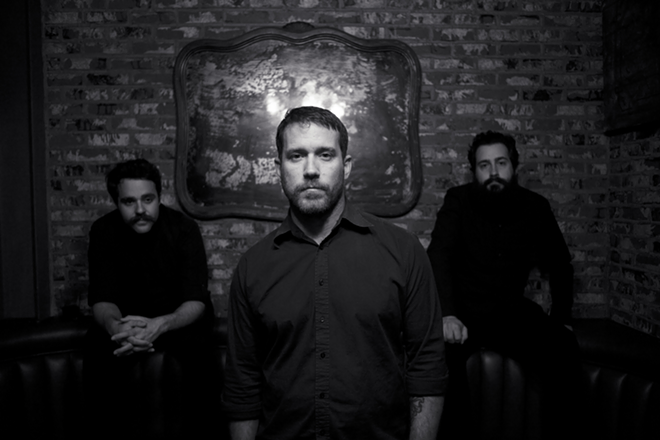 What would you call a rotating collection of Punk superstars who assemble for an annual acoustic front porch hootenanny that crisscrosses the country to the ecstatic response of thousands of their biggest fans? Chuck Ragan calls it The Revival Tour, while the Phoenix New Times dubbed it “Punk Rock’s answer to the Traveling Wilburys.”
Conceived in 2005 and launched three years later by former Hot Water Music frontman Ragan and his wife Jill, The Revival Tour has offered a stellar array of Punk icons and rootsy singer/songwriters  — Gaslight Anthem’s Brian Fallon, Lucero’s Ben Nichols, Sparta’s Jim Ward, Jenny Owen Youngs, Frank Turner and Audra Mae, among them — in an intimate and stripped back Folk atmosphere.
The leg of the 2012 Revival Tour hitting the 20th Century will feature Ragan, Dan Andriano, Cory Branan and Nathaniel Rateliff. Ragan’s 2011 solo album, Covering Ground, was one of the best of his post-HWM catalog. Andriano’s work with Alkaline Trio and the Emergency Room has garnered embarrassing amounts of acclaim, while Branan is perhaps best known for his cross-collaborations with Lucero (his Bloodshot Records debut, Mutt, is slated for release next month) and Rateliff’s exquisite 2011 debut for Rounder, Memory of Loss, is a potent display of his dual debt to the classic Rock and Soul of the ’60s and ’70s and the long and storied Folk tradition.
Backed by fiddler Jon Gaunt and upright bassist Joe Ginsberg, Ragan, Andriano, Branan and Rateliff combine their estimable talents to create a show that bristles with Punk energy, swells with Folk passion and kicks more ass than a kung fu film festival.