The Tossers with Continental and Mill Creek Revelry 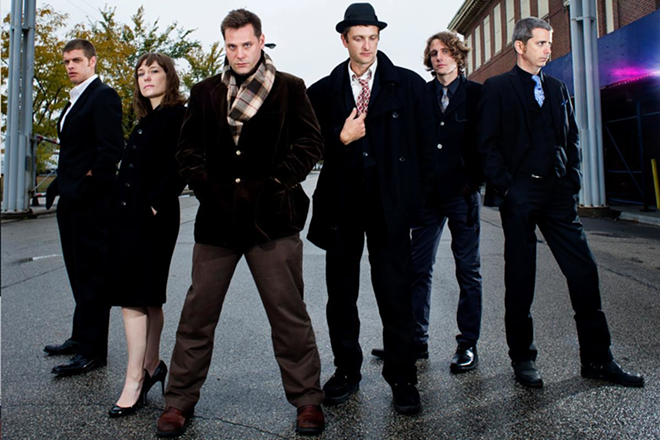 A quick scan of the web reveals dozens of thriving “Celtic Punk” bands, but the Holy Drunken Trinity is clearly the triad formed by Boston’s Dropkick Murphys, Los Angeles’ Flogging Molly and the booze-baptized pride of Chicago, The Tossers. Of that trio, The Tossers are both the longest tenured (formed in 1993, three years before the Murphys and four before the Mollys) and the least well known, and yet the sextet has amassed a slavishly loyal following and maintained a constant studio/stage presence over the past 21 years.

Like The Ramones and AC/DC, Celtic Punk bands typically remake the same album without too much grumbling from fans and critics because the root album is so infectiously satisfying. So it is with The Tossers, who established their swigging-and-swaggering identity with their 1994 debut, The Pint of No Return, and its 1996 follow-up, We’ll Never Be Sober Again.

Over the subsequent two decades, The Tossers have released a veritable St. Paddy’s Day parade of split 7-inch singles, EPs, studio full-lengths and live documents, all without straying too far from their original blueprint. The Tossers’ latest album is last year’s The Emerald City, the band’s first studio album in five years and perhaps their most acclaimed to date.

While The Tossers haven’t enjoyed the lofty profile of their kindred spirits in Boston and L.A., they have often been cited as one of the more Celtic of the Celtic Punk purveyors due to their more pervasive use of pennywhistle, fiddle and banjo. But like the others, The Tossers’ guitars howl like an electric banshee, their drums kick like an Irish mule and their passionate, anthemic songs (on the subjects of wild women, strong drink and the perils of bad politics) linger in the air like the dimly sharp memories of a long night at the pub and the short donnybrook that sent everyone staggering into the starry night, drunk, alive and free.